For that reason we want to recommend the 8 best Museums you must visit, so you can choose a few of them and leave the others for your next travel. So you have the excuse to come back to New York. Just remember to book your visit online, entry to the Museum is by advance timed ticket only and capacity is limited.

These are the 8 Museums that you must visit this Spring if you are planning to travel to New York City:

Museum of Natural History is one of the places most visited you can see huge fossils of large mammals, dinosaurs, primitive, extinct mammals and the evolution of vertebrates. 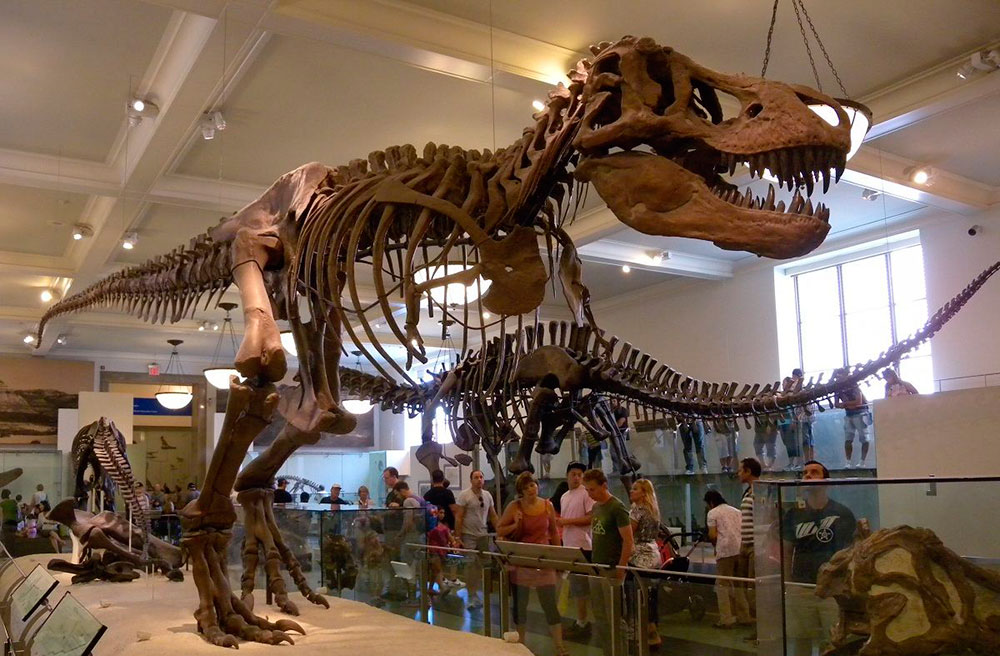 This museum we have well-referenced because it was the scene of many Hollywood films, but perhaps it is remembered more for the box office film, Night at the Museum.

There are a lot of things that you can see and enjoy in this museum, also a perfect museum to bring kids. What would you like to see? A spearhead with more than 10,000 years of history or The Giant Blue Whale Model almost 30m long?

For dinosaur lovers, this is a perfect place! The Tyrannosaurus rex, Dinosaur Mummy, The Titanosaur, among others whit an amazing history behind. There is much to see, many rooms, 5 exhibition floors, thousands of pieces, interactive screens, posters, dioramas, etc., so take some time to organize yourself and your visit, or you can even sign up for a guided tour.

Museum of Modern Art known as MoMA, is another museum that you must visit. The MoMA is located south of Central Park, in the heart of Manhattan. 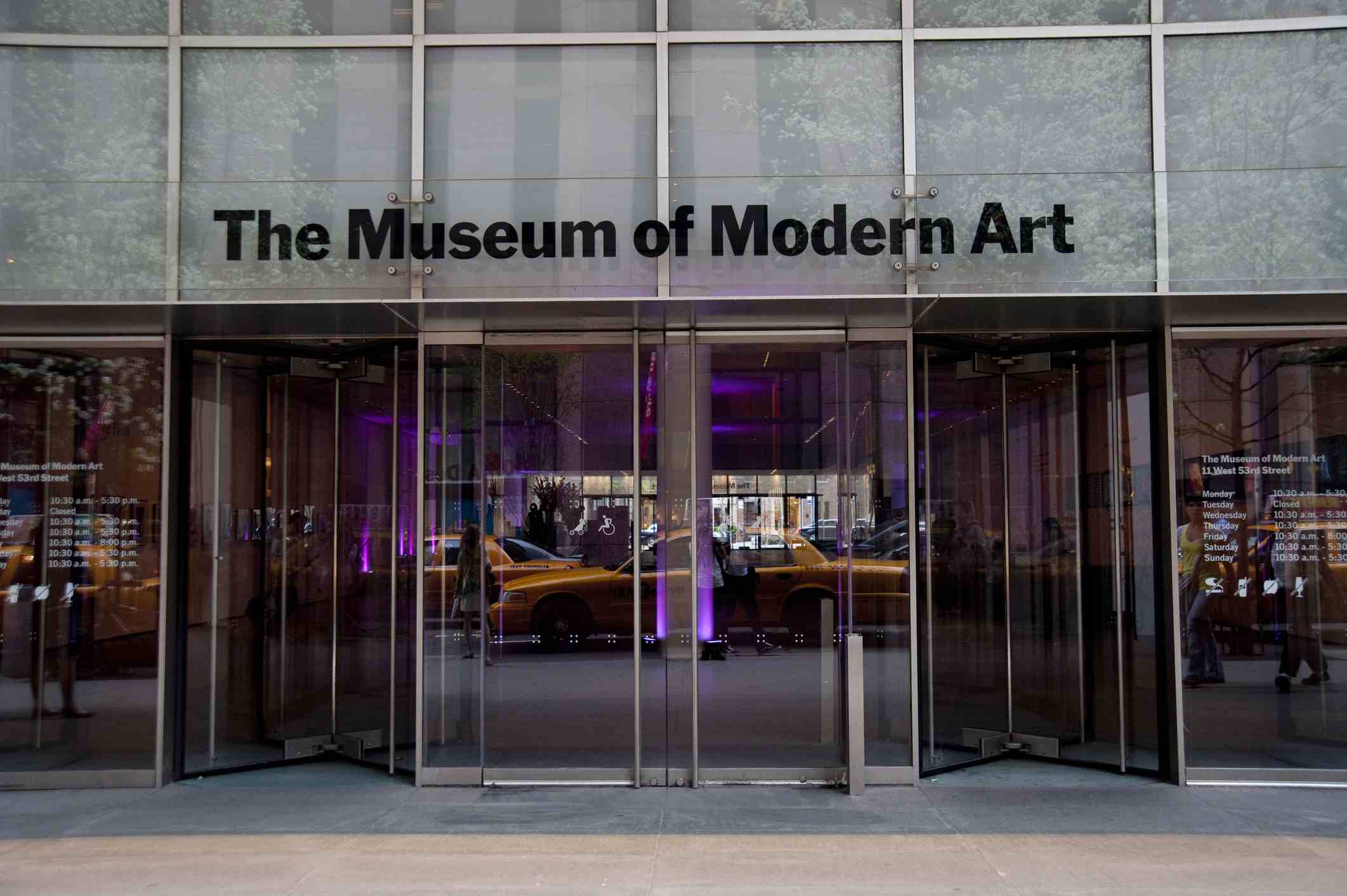 The museum was renovated and expanded in 2019. You will find works dating from 1940 to the present day such as Andy Warhol, Diego Rivera, Marcel Duchamp (the famous sculpture “Bicycle Wheel”), Frida Kahlo, Jasper Johns, Roy Lichtenstein (with his groundbreaking “Drowning Girl”), Pablo Picasso (his renowned painting “Les Demoiselles d’Avignon”), among many others.

Due to is extensive MoMA collection divided into 6 floors, the museum itself recommends for a “short” visit, focusing on levels 4 and 5. That’s where the paintings and sculptures are found, from Cézanne or Matisse to Warhol or Pollock. Also, if you want, you can listen to the complete catalog of the audio guide on the web during your visit to the museum.

3. The Metropolitan Museum of Art (MET)

The Metropolitan Museum of Art de Nueva York, known as MET, it is other the museums that you can’t stop seeing. Millions of people have passed through its huge rooms to experience more than 5,000 years of art. 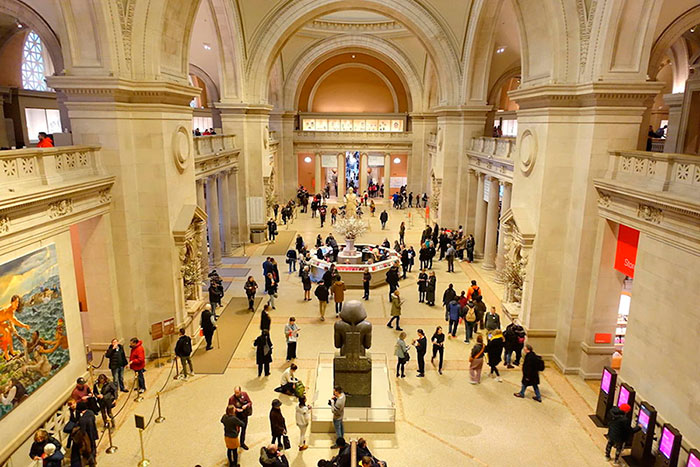 This iconic museum counts over two million pieces of art received from all over the world, as well as collector’s pieces and antiques. Walking through its large halls, surrounded by priceless works of art, is truly an experience that transports and will leave you breathless.

Pieces by Rafael, Tiziano, El Greco, Rembrandt, Velázquez, Picasso, Pollock or Braque, are some of the artists you will see. We also recommend visiting the Tomb of Perneb, the Temple of Dendur, the Hall of Arms and Armor.

Maybe the Museum of immigration doesn’t include much artistic content, but the history behind this museum is impressive. Here you can see the history of thousands of people who came to the country through this island, looking for a better life. For the American dream! 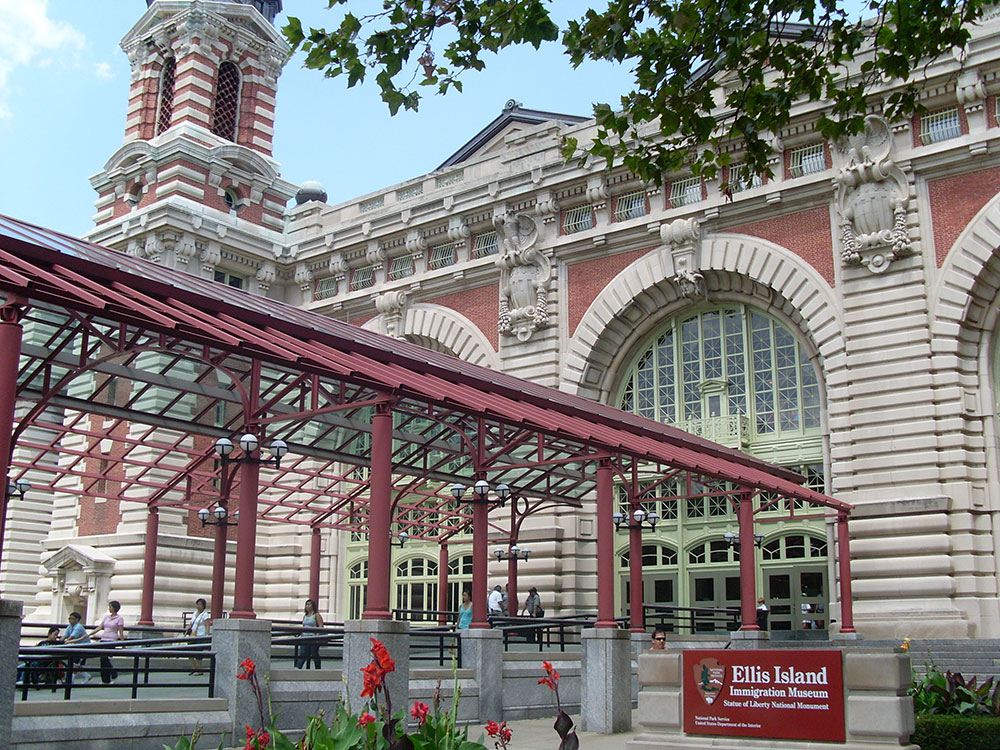 There is an interesting and comprehensive exhibition on the history of immigration in New York and the United States at different stages, with different protagonists, photographs and memories on the first floor. On the second floor, it has a huge empty room where newcomers were crowded together waiting to be accepted or rejected.

Furthermore, you will have access to a computer room where you will see the list of immigrants who entered the country. This museum is ideal if you are interested in learning about the history of the United States and having an idea of ​​how this great country was formed.

Another museum you must visit is The Frick Collection, it is one of the most important art museums in New York and should be on your must-see list. It’s a small art museum located in the steel magnate Henry Clay Frick’s mansion on the Upper East Side. 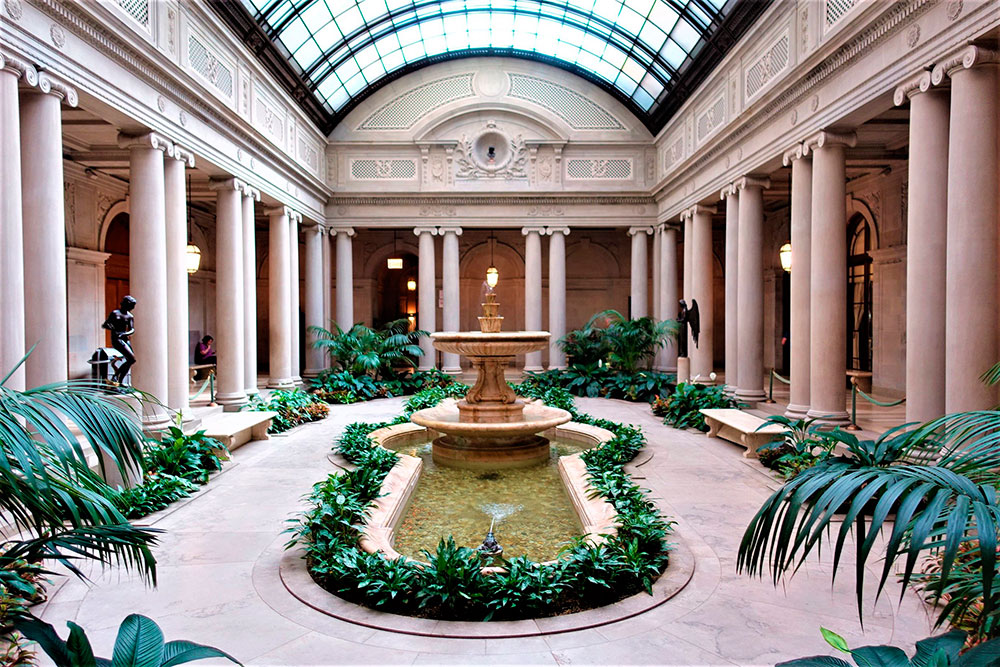 The museum is made up of sixteen permanent galleries and simultaneously displays various exhibitions. The paintings and sculptures are exposed in each room, and there are works by well-known artists such as Goya, Rembrandt, and Vermeer.

There is also a beautiful garden inside the mansion where visitors can relax and marvel at what was once an access to Fifth Avenue.

As its name suggests, the Intrepid Sea, Air & Space Museum is a museum dedicated to the sea, air, and space. The museum is located at Pier 86, on the bank of the Hudson River in Manhattan. 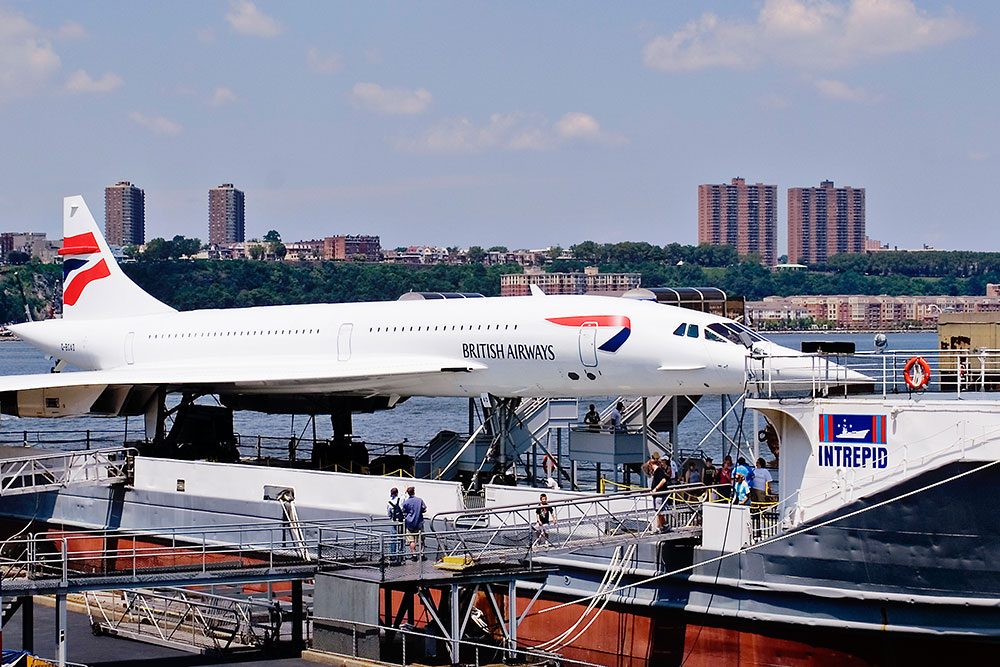 The greatest attraction of the entire museum is undoubtedly the Intrepid Aircraft Carrier, which is in fact where the museum is located. Besides getting on board the huge boat, the museum allows entering a submarine and seeing a Concorde plane.

In the museum there is also a hangar, where we can see original objects and different models, in addition to being able to watch multimedia videos. There you could learn about the history and past of the aircraft carrier.

The 9/11 Memorial and Museum is a tribute to the men, women, and children who lost their lives during the attacks of September 11, 2001. The museum is located at the World Trade Center in New York City. 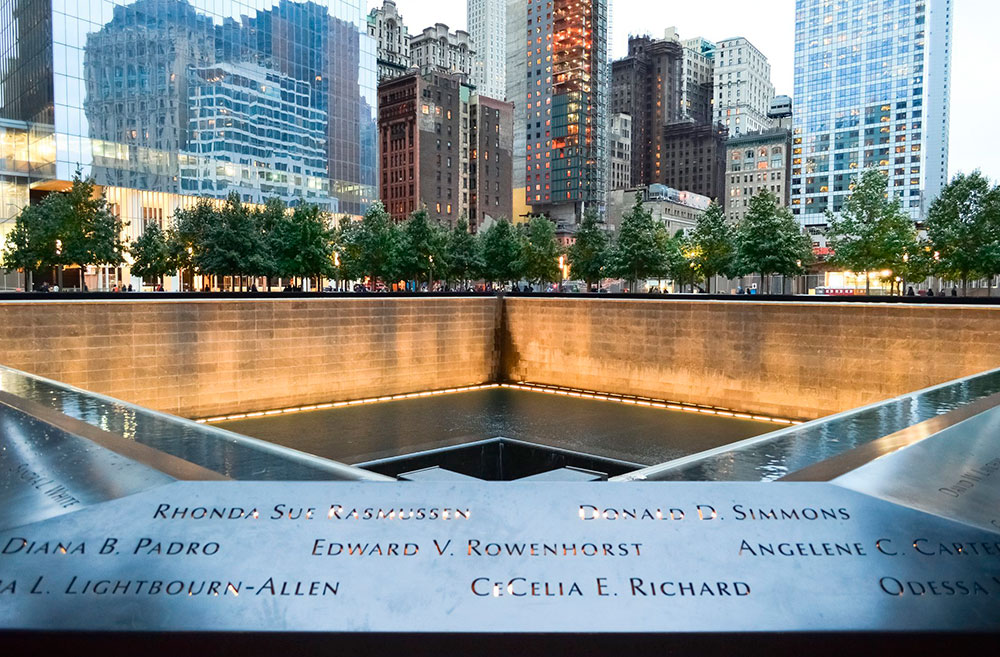 The commemorative monument consists of two identical fountains that occupy the space where the foundations of the Twin Towers were previously located. Both fountain sources are supplied by large waterfalls, the largest built in the United States.

It is surrounded by bronze platforms where the names of the more than 3,000 victims who fell as a result of the terrorist attack are engraved. The surrounding plaza is a quiet and moving green space, while the museum. It’s located below the plaza, provides a deeper understanding of that day’s impact. You will surely leave with a heavy heart. Without a doubt, it is the most emotional space in the memorial.

The Salomon R. Guggenheim museum will certainly not disappoint you, either for the artworks it houses or for its unique architecture. It is located on New York’s Upper East Side, on 5th Avenue with 89th Street. 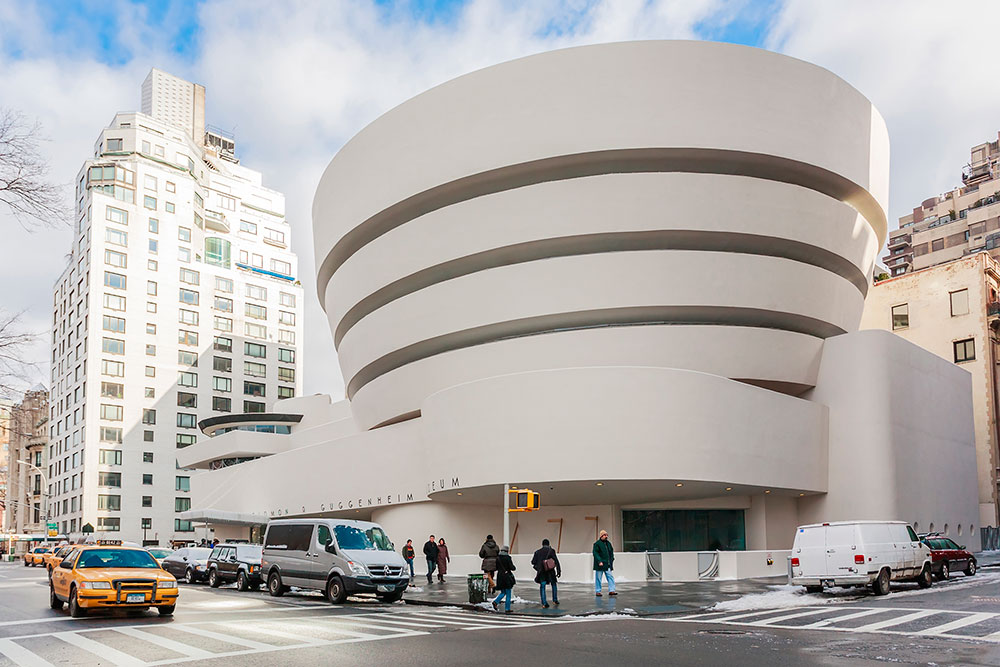 The museum attracts attention due to its cylindrical shape. On the other hand, its interior is formed by a spiral ramp that narrows at the lowest levels.

The Guggenheim Museum houses one of the most influential modern art collections in the world. Among the great artists whose works are exhibited are Kandinsky, Toulouse-Lautrec, Picasso, and Vincent van Gogh, along with an extensive collection of photographs by Robert Mapplethorpe. Additionally, the museum offers temporary exhibitions that you can enjoy.