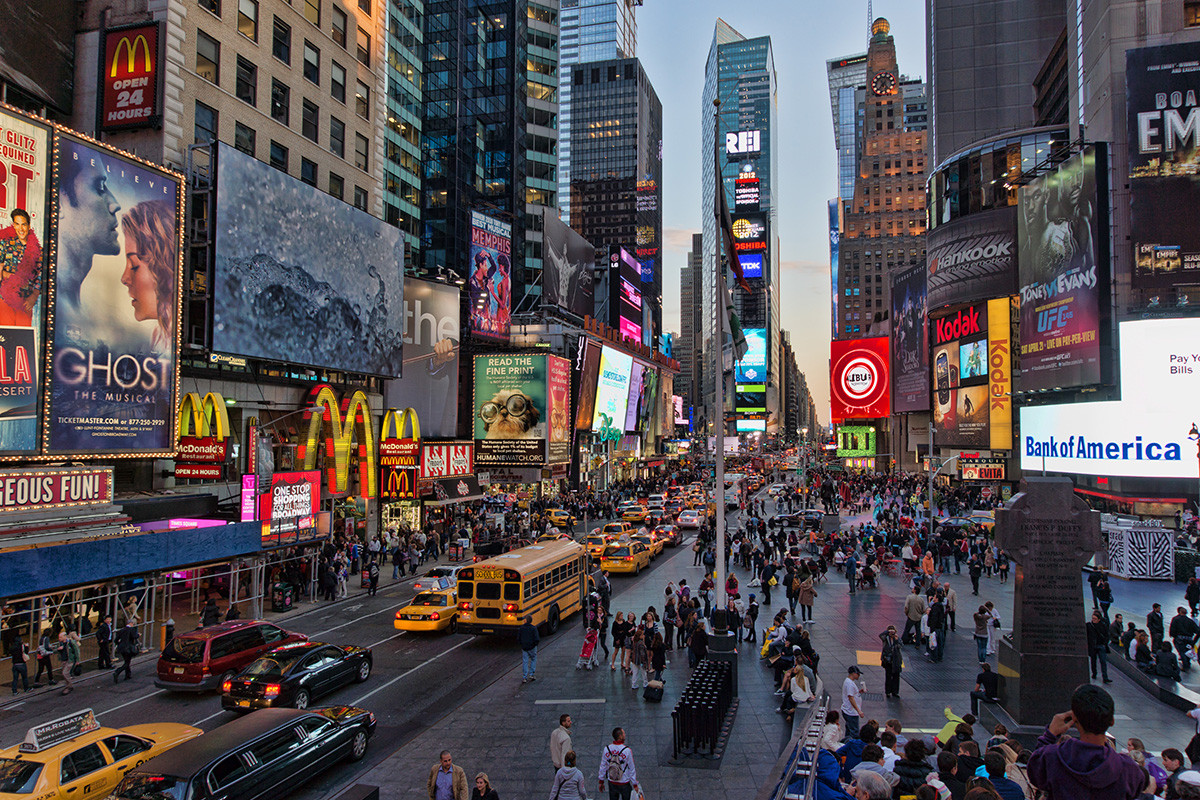 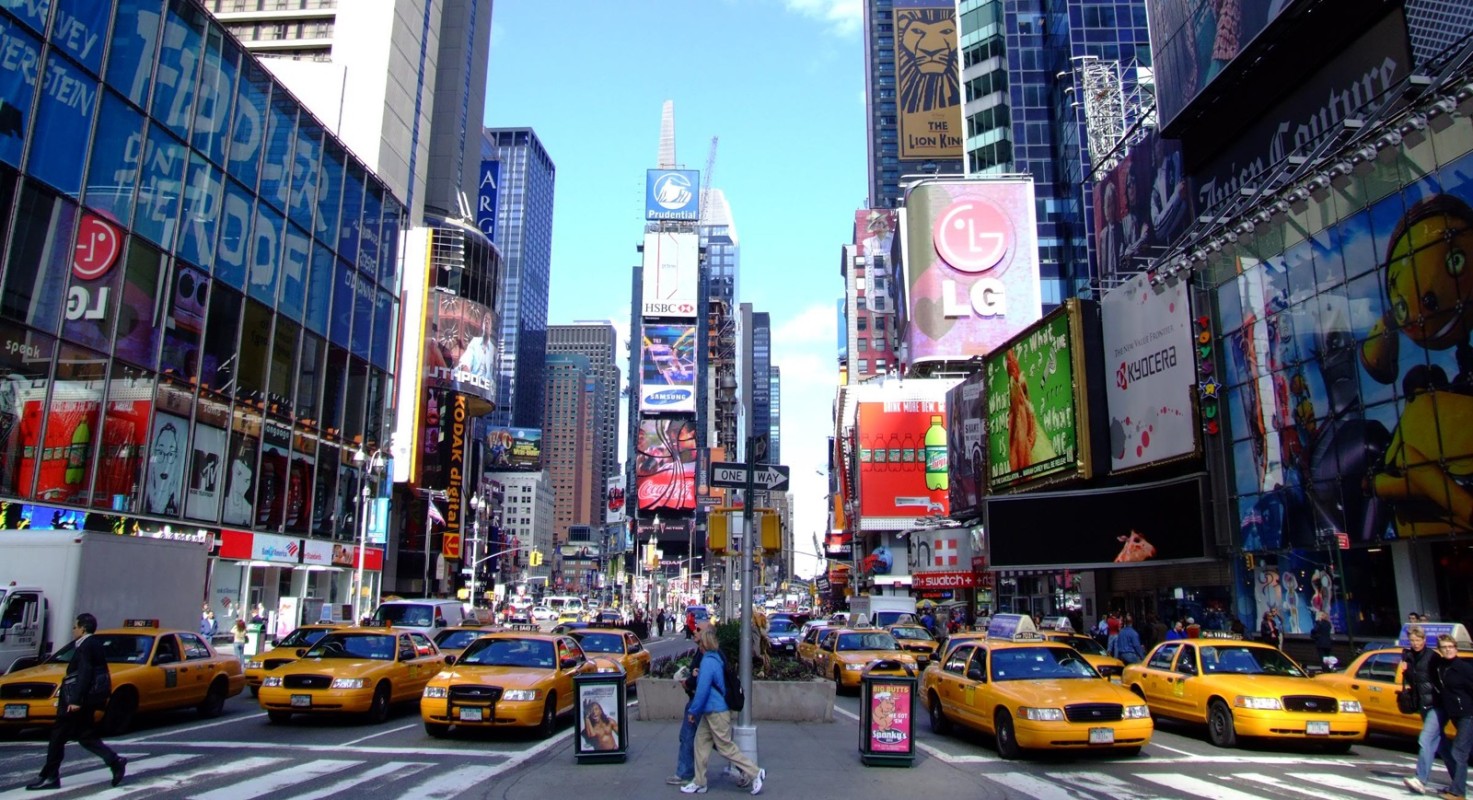 Times Square, the most bustling square of New York is known for its many Broadway theatre’s, cinemas and electronic billboards. It is one of those places that make New York a city that never sleeps.

Times Square is a major commercial intersection and neighborhood in Midtown Manhattan, New York City, at the junction of Broadway and Seventh Avenue, and stretching from West 42nd to West 47th Streets. Brightly adorned with billboards and advertisements, Times Square is sometimes referred to as The Crossroads of the World, The Center of the Universe, the heart of The Great White Way,and the “heart of the world”. One of the world’s busiest pedestrian intersections,it is also the hub of the Broadway Theater District[9] and a major center of the world’s entertainment industry. Times Square is one of the world’s most visited tourist attractions, drawing an estimated 50 million visitors annually.Approximately 330,000 people pass through Times Square daily, many of them tourists; while over 460,000 pedestrians walk through Times Square on its busiest days.

Formerly Longacre Square, Times Square was renamed in 1904 after The New York Times moved its headquarters to the newly erected Times Building, the site of the annual ball drop which began on December 31, 1907, and continues today, attracting over a million visitors to Times Square every New Year’s Eve.

Times Square NYC has been a popular NY attraction for over a century. It is here that Good Morning America is broadcast live to the nation, here that the New Year’s Eve ball is dropped, and here that the curved seven-story NASDAQ sign has reported the fortunes and misfortunes of a nation.

The inauguration of the New York Times’ new headquarters at 1 Times Square was celebrated with a fireworks display, starting a New Year’s Eve tradition which still continues today.
The first famous ball-lowering from the 1 Times Square’s rooftop pole was held on New Year’s Eve 1907.

Today Times Square is a constantly buzzing tourist magnet; the square is even one of the most visited places in the world.

New York NY US
Get directions