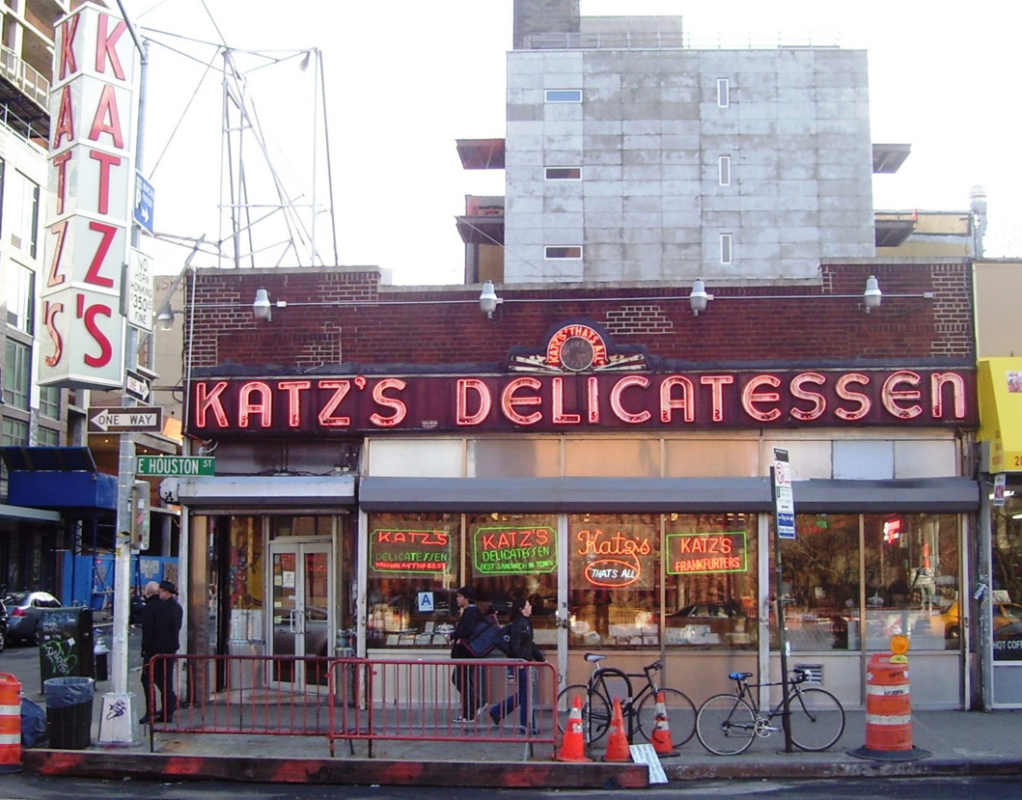 Katz’s Delicatessen, also known as Katz’s of New York City, is a kosher style delicatessen restaurant located at 205 Houston Street, on the southwest corner of Houston and Ludlow Streets on the Lower East Side in Manhattan, New York City.

Since its founding in 1888, it has become popular among locals and tourists alike for its pastrami sandwiches and hot dogs, both of which are widely considered among New York’s best. Each week, Katz’s serves 10,000 pounds of pastrami, 5,000 pounds of corned beef, 2,000 pounds of salami and 12,000 hot dogs.

In 2013, Zagats gave Katz’s a food rating of 25, and ranked it as the number two deli in New York City, after Mile End in Boerum Hill, Brooklyn.

Each week thousands of visitors from around the world flock to Katz’s to dine in this legendary deli, and to feast on the most delectable sandwiches, platters and meats. But it’s really New Yorkers have made Katz’s Delicatessen what it is, making Katz’s an inherent part of the city’s culture and history. They enthusiastically spread the word, brought their friends in, wrote books, shot films, and kept coming back for a pastrami on rye. 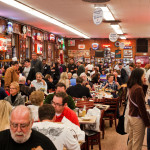