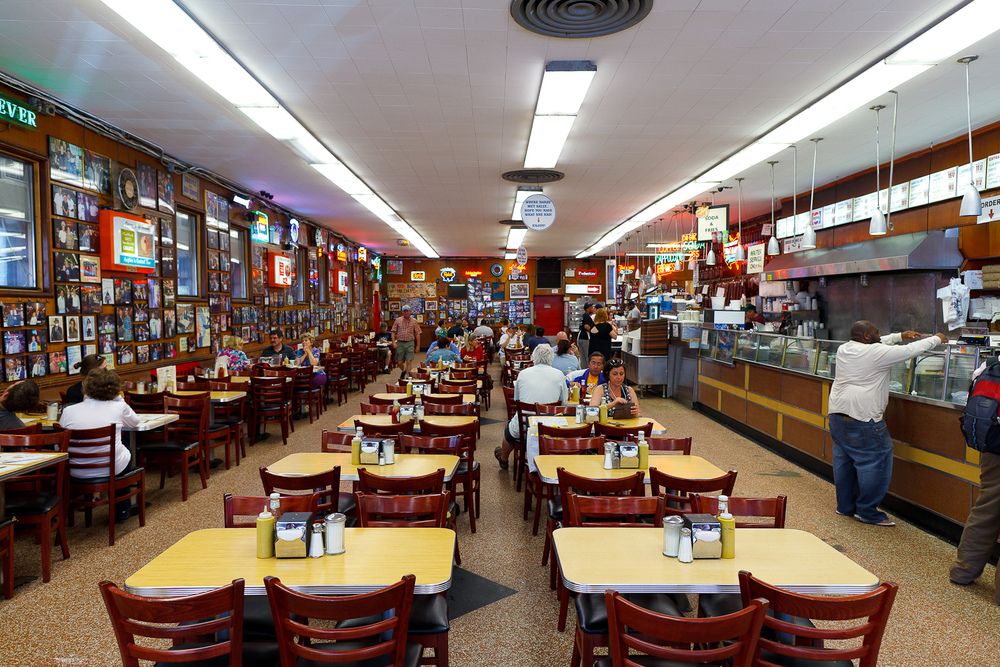 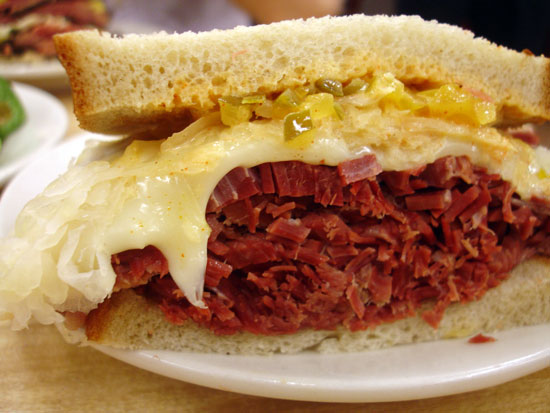 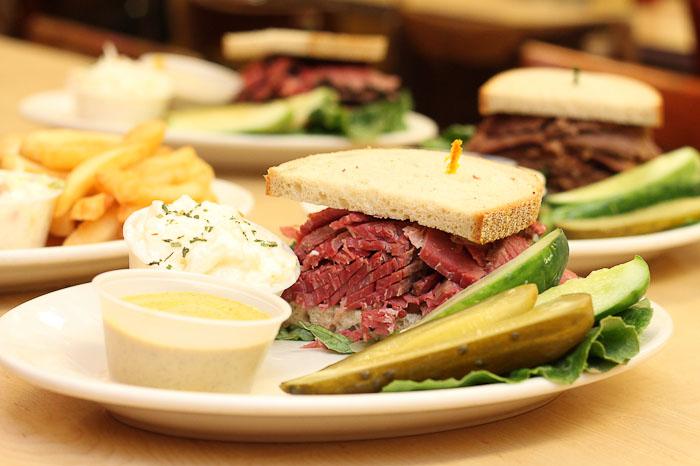 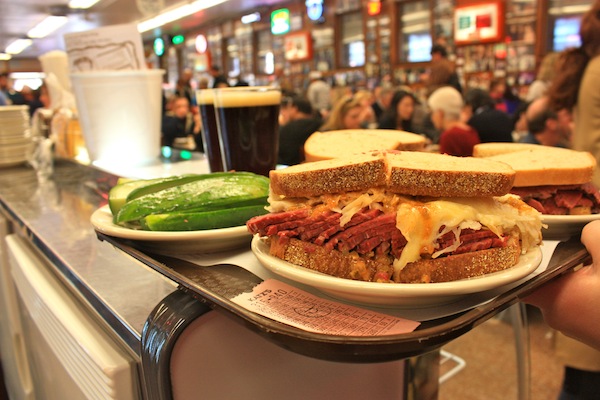 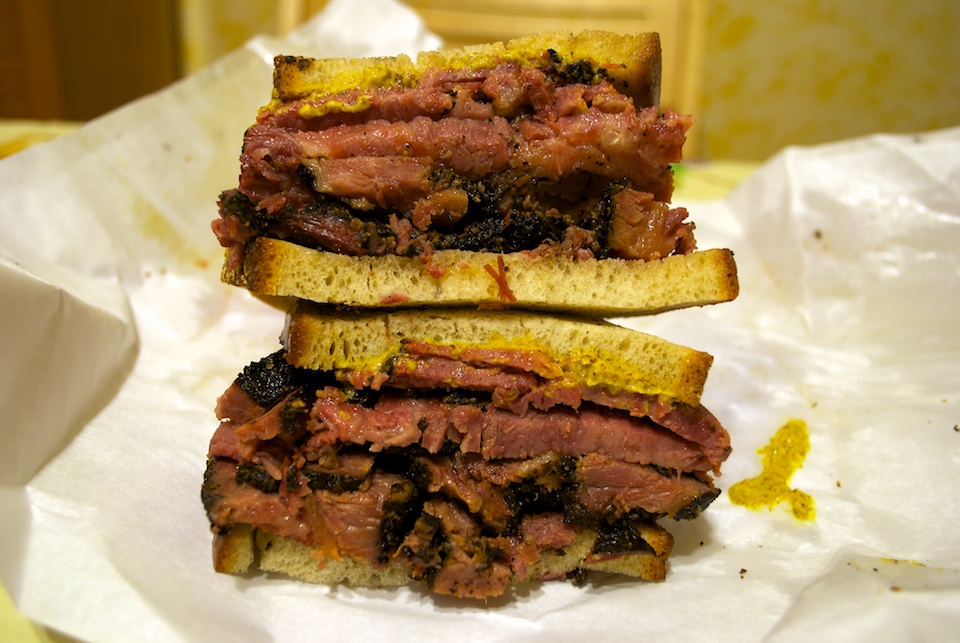 When it comes to Jewish delicatessens, Katz’s Delicatessen is the undisputed champion. Located  on the corner of Houston and Ludlow Street in the historic Lower East Side of New York, this iconic eatery (actually, the very first Jewish delicatessen) has been serving up the best  pastrami and corned beef sandwiches in the world –

The origins of the deli date back to 1888, when two brothers established a deli called Iceland Brothers on Ludlow Street, in the city’s Lower East Side. The name changed to Iceland, then to Katz when Willy Katz arrived in 1903. It was changed to Katz’s in 1910, when Willy’s cousin joined him and bought out the Iceland Brothers.

Katz’s Delicatessen sells more than 10,000 pounds of pastrami a week, and more than 12,000 hot dogs. Their signature sandwich – thick hand-cut slices of pastrami served on rye bread with mustard – is justifiably world famous.

Kat’z Deli is featured many times on a lot of networks like on Anthony Bourdain’s No Reservations, Chef Emeril Lagasse’s The Originals and even the Hit and defunct TV Show Law And Order did a scene here and who would forget Meg Ryan’s Famous Fake Orgasm with Billy Crystan in the Hit Film “When Harry Met Sally” of which the table and chair they sat is also an attraction in itself.  Today the restaurant’s walls are lined with hundreds of photos of the famous people who’ve eaten there.

As each customer enters Katz’s, a door attendant hands them a printed, numbered ticket. As they receive their food from various stations/areas throughout the deli (separate for sandwiches, hot dogs, bottled drinks, fountain drinks, etc.), employees compute a running total of the pre-tax bill. If several people’s orders are combined on a single ticket, a cashier collects the blank tickets.

Katz’s Delicatessen has instituted a “lost ticket fee”. If a customer loses a ticket, an additional  surcharge is added to the bill. The fee’s purpose, as stated by the management, is to encourage patrons to go back and find the lost ticket in the hopes of preventing theft (substituting a smaller ticket for a larger one).

Don’t lose that ticket! You may have to pay a fine to leave the restaurant.

Katz’s Delicatessen has a sprawling, visually chaotic room with a long deli counter and 270 seats among vintage neon signs, old photographs and other memorabilia from a roughly 120-year history.

Generally not taken, though arrangements can be made for large groups.

If you’re looking for more than just great food, look no further. Inside, it’s pure authentic Lower East Side. You want cafeteria style? You got it. You want old school New York staff? This place invented it.

Weekdays and weeknights are great times to avoid long lines. But there’s something special about being in there when it’s jamming!! Get thee to pastrami!!! Order at the counter, and don’t forget to tip your slicer — your sandwich will be better for it. 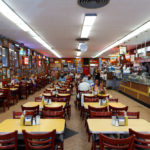 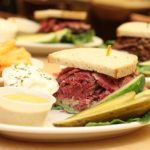 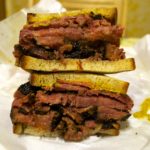