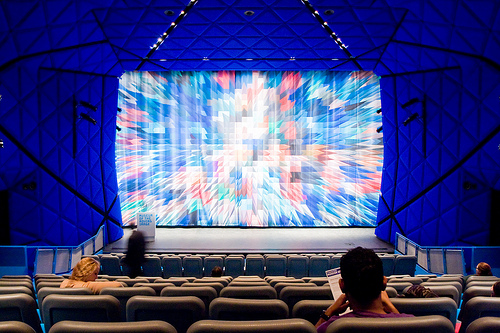 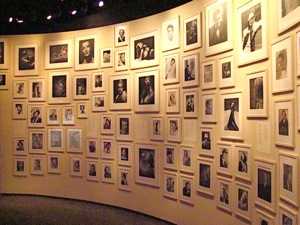 Only 15 minutes from midtown, the Museum of the Moving Image is one of the city’s most dynamic institutions. Rubbing elbows with Kaufman Astoria Studios, it includes a three-story extension that features a state-of-the-art 264-seat cinema and expanded gallery spaces.

Since its opening in 1988, Museum of the Moving Image has been recognized as a major, internationally-reputed institution and the only museum in the United States dedicated to exploring the art, history, and technology of the moving image.

Originally built by Famous Players-Lasky—known as Paramount after 1927—as their East Coast production facility in 1920, the studio was the site of hundreds of silent and early sound era film productions. The studio was taken over in 1942 by the U.S. Army to produce training films for WWII soldiers and renamed the Signal Corps Photographic Center. Following the Army’s departure in 1970, the site fell into disrepair. Through the efforts of a consortium of New York City and federal government representatives, union officials and other industry professionals, the Astoria Motion Picture and Television Center Foundation was established in 1977 to restore the Astoria Studio complex to productive use. In 1978, the Foundation successfully returned the studio to feature film production, and obtained listing of the site on the National Register of Historic Places.

The Museum was granted accreditation from the American Association of Museums in 2006. On February 27, 2008, the inauguration of the Museum’s $67 million expansion and renovation was held and construction began. The museum opened its redesigned and expanded building, designed by Leeser Architecture, on January 15, 2011.

The Museum of the Moving Image houses the nation’s largest collection of moving image artifacts, screens hundreds of films annually and offers education programs.  Exhibitions elegantly illustrate how the art and the craft of moving image making are inseparable.

The Museum also presents retrospective film series, often accompanied by discussions with the filmmakers themselves, and digital media seminars with industry pioneers. Education programs for junior high school and high school students connect moving image media with the study of the humanities and sciences.

The Museum’s core exhibition, Behind the Screen, immerses visitors in the creative process of making moving images through a unique combination of interactive experiences, rare and unusual artifacts, one-of-a-kind artworks and demonstrations of professional crafts and equipment.

Each year the Museum of the Moving Image screens more than 400 films in a stimulating mix of the classic and the contemporary. With live music for silent films, restored prints from the world’s leading archives, and outstanding new films from the international festival circuit, Museum programs are recognized for their quality as well as their scope. The Museum’s diverse screening program presents a panoramic view of the moving image, from the global discoveries presented in the annual showcase First Look to the popular ongoing series See It Big!, which celebrates the excitement and immersive power of big-screen movie going.

It is also home to one of the most significant collections of video games and gaming hardware including Asteroids, Ms. Pac-Man and Space Invaders.