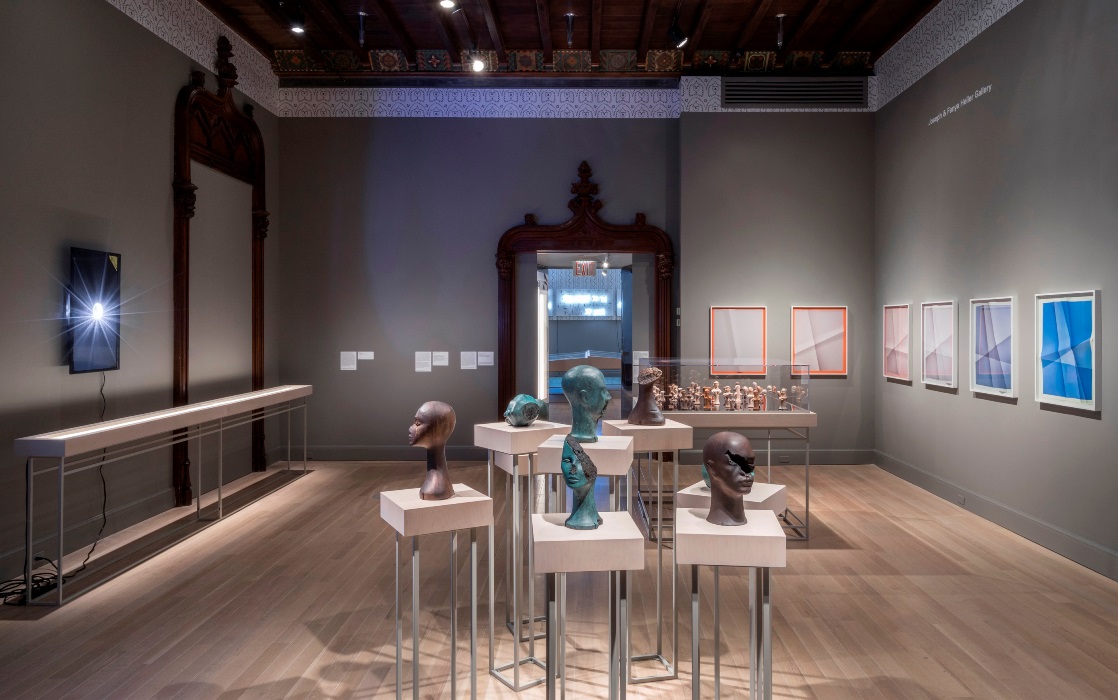 Located on New York City’s Museum Mile, the Jewish Museum is a jewel-box of an art museum, and a distinctive hub for art and Jewish culture for people of all backgrounds.

It was founded in 1904 in the library of The Jewish Theological Seminary, where it was housed for more than four decades. The Jewish Museum was the first institution of its kind in the United States and is the oldest existing Jewish museum in the world.

The Jewish Museum, located on the same avenue of culture as the Met, Guggenheim and Cooper-Hewitt, has a design style different from many other museums. The towers and windows make the building look, ironically, like a Gothic church, much different from the buildings next door, which are mostly plain and square. There is more to the Jewish Museum than meets the eye; unlike many other museums on Museum Mile, the  Museum takes up all of the floor of its building. The galleries are arranged in a circuitous style which allows for a lot of material to be put on display and makes floor plans a necessity.

The permanent exhibit, located on the top two floors, presents the history of the Jewish people starting more than four thousand years ago. Since the exhibit is presented in chronological order, it makes the most sense to start at the beginning on the fourth floor and walk your way down through time.

The Jewish Museum distinguished exhibition history reveals a deep and rich exploration of Jewish culture and identity, and includes some of the most seminal shows of the 20th and 21st centuries.

The Jewish Museum’s programming includes large temporary exhibitions of an interdisciplinary nature, often employing a combination of art and artifacts interpreted through the lens of social history. The Dreyfus Affair: Art, Truth and Justice (1987)5, Gardens and Ghettos: The Art of Jewish Life in Italy (1989), Bridges and Boundaries: African Americans and American Jews (1992), From Court Jews to the Rothschilds: Art, Patronage and Power 1600 – 1800 (1996), Berlin Metropolis: Jews and the New Culture 1890 – 1918(1999), The Power of Conversation: Jewish Women and Their Salons (2005), and The Radical Camera: New York’s Photo League, 1936 – 1951 (2011) are examples of this type of exhibition.

Artists included in the museum’s collection include James Tissot, Marc Chagall, George Segal, Eleanor Antin and Deborah Kass. This represents the largest collection ofJewish art, Judaica and broadcast media outside of museums in Israel. It has a permanent exhibition called Culture and Continuity: The Jewish Journey, which explores the evolution of Jewish culture from antiquity to the present. The museum’s collection includes objects from ancient to modern eras, in all media, and originated in every area of the world where Jews have had a presence.

The museum provides a large amount of information to explain the cultural and historical significance of the artifacts and artwork on display and makes for a wonderful learning experience. A curious visitor would most likely spend three or four hours seeing all of the galleries at this museum.