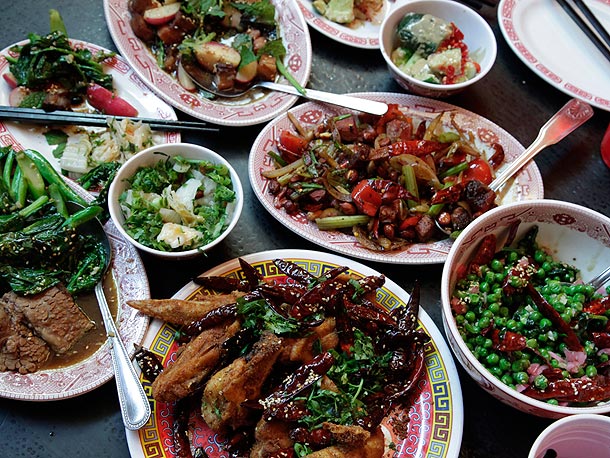 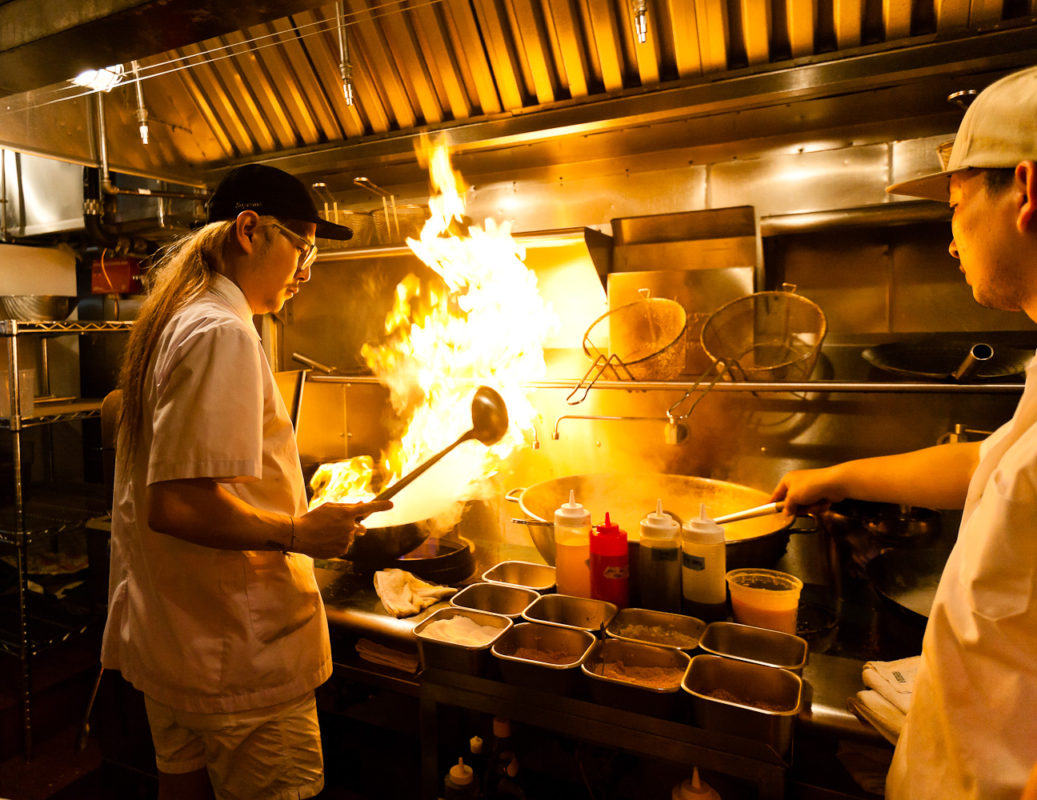 In 2011 Bon Appétit named Mission Chinese Food the second-best new restaurant in America, and in 2012 the New York Times hailed the Lower East Side outpost as the Best New Restaurant in New York City.

Bowien took that audacious attitude with him when he opened the first Mission Chinese in New York City in a tiny space in the Lower East Side. It, too, earned accolades — one reviewer said Bowien did to Chinese food what Led Zeppelin had done to the blues.

But it broke too many rules: In 2013, the New York restaurant was shut down for various violations. Bowien describes it as a devastating blow. But he recovered. Indeed, later that same year, the James Beard Foundation bestowed Bowien with its prestigious Rising Star Chef award. And last year, Bowien reopened Mission Chinese Food in a new New York location.

The first thing that stood out at Mission Chinese Food was the super eclectic décor. Think gold dragons with glowing red eyes, hanging chandeliers, gold and silver paper fan decorations and a pretty sweet glowing blue aquarium in the middle of the tables. Playing throughout the restaurant was Raeggaton-esk Sublime rock. The atmosphere is fun, chill and easy going. In the downstairs bar the menu is neon lit, and comes with user-friendly photos. Fun cocktails, a young crowd and disco music make this place a party.

Mission Chinese Food accepts reservations for up to 7 people, 14 days (two weeks)
in advance of the reservation date.

PARTIES OF 8 TO 17 GUESTS
Mission Chinese REQUIRES all parties of 8 to 17 guests to request a reservation through Reserve and to pre-select from a special menu (click “View Menu” below to see options).  For parties larger than 17 guests, a Private Dining Room Buyout or Full Buyout would be required, please email [email protected] for more information and pricing.