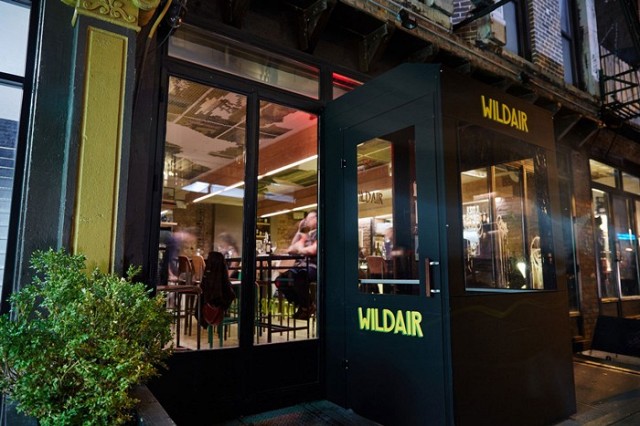 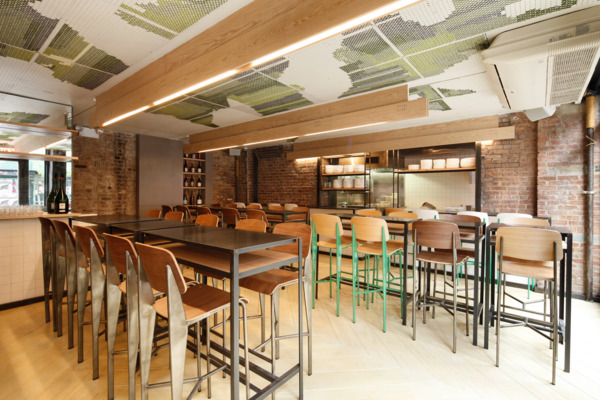 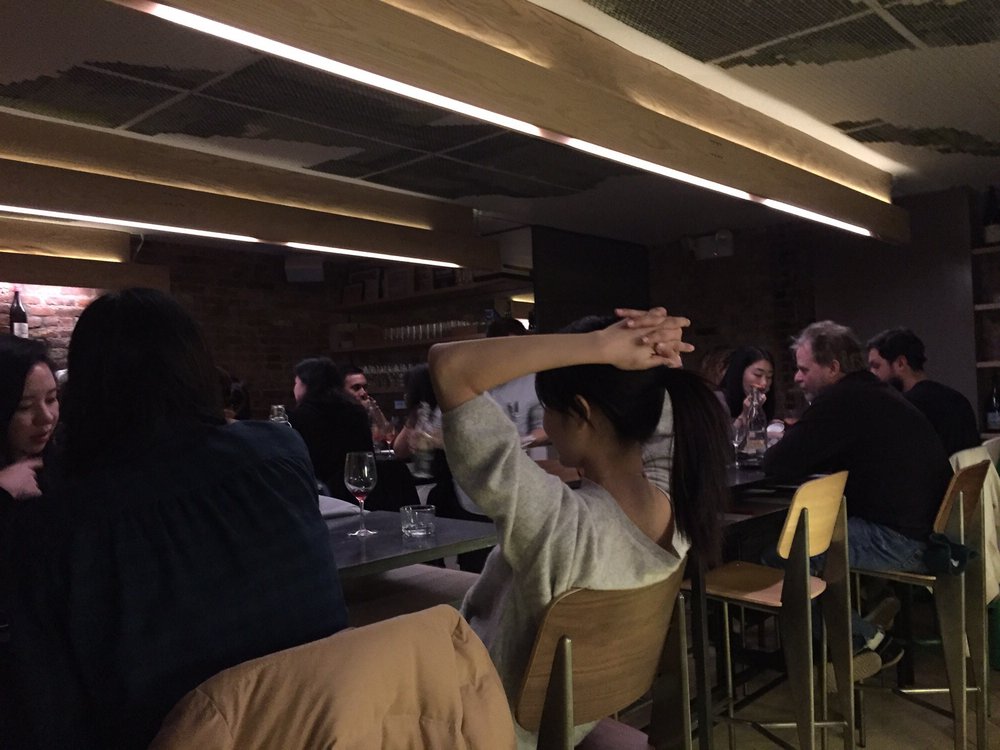 From the owners of the tasting menu–only Contra, this nearby LES American is a bit more casual. The chefs Jeremiah Stone and Fabian von Hauske opened a wine bar two doors down Orchard Street from their showcase restaurant, Contra. The new place, called Wildair, plays its part exactly as written. And somehow, in a subtle and charming way, the kid upstages his big brother. Wildair is the causal sister restaurant with an open kitchen serving up a variety of small plates.

Wildair borrows its format from contemporary European wine bars such as Manfreds & Vin in Copenhagen and Le Dauphin in Paris. Mr. Stone and Mr. von Hauske named their wine bar for a prizewinning racehorse that lived in the neighborhood before the Civil War. Mr. von Hauske believes it should be pronounced “willed air,” but almost everybody calls the place “wild air.” Maybe everybody is wrong, or maybe this is just a case of a younger sibling claiming its own identity.

The 45-seat dining room has a wine bar feel, stocked with all high-top tables, some with convenient cubbies built underneath for stashing the menu or storing your cell phone. A semi-open kitchen is visible from most seats in the restaurant.

The menu is packed with ambition and creativity. Go somewhere else if you’re seeking a kale Caesar, but come here if you’re ready to start your meal with breakfast radishes in a swirled palette of seaweed butter , summer squash with ricotta and tart, omega-3 packed purslane  or a head of lettuce showered with sesame and flax seeds and a whipped buttermilk dressing.

Wildair also offers a mix of snacks and heartier dishes, including, seasonal availability pending, littleneck clams on toast with spinach and lardo, beef tartare with smoked Cheddar, pork-shoulder Milanese, and a steak for two. Wine and bread, two cornerstones of Contra, play front-and-center here, too.

Most of the menu happens to be gluten-free, and vegetables are sourced from the Greenmarket as a matter of course. Van Hauske and Stone also work with farmers to grow ingredients specifically for the restaurant.

On busy nights, people crush into the corners with their motorcycle helmets and leather backpacks to fill out the 40 seats, and you’ll notice that chefs, winemakers, food editors, and photographers are all in the mix. This is where they go for a night off—not to air kiss and Instagram (OK, maybe a little bit to air kiss and Instagram), but to enjoy the comforts of good food and wine, reasonably priced, served quickly, and without much fuss.

For wine buffs (or those who just want a good glass with dinner), this is a place to move to the top of your list. The wine list is packed with natural and biodynamic wines and naturally fermented (without the addition of sugar and yeast) lightly sparkling wines with a low alcohol content called pétillant naturels.

From the street, Wildair looks like another thrown-together Lower East Side drinking spot. Once you’re inside, you realize it’s one of the most interesting places to eat and drink right now. 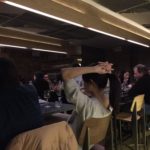