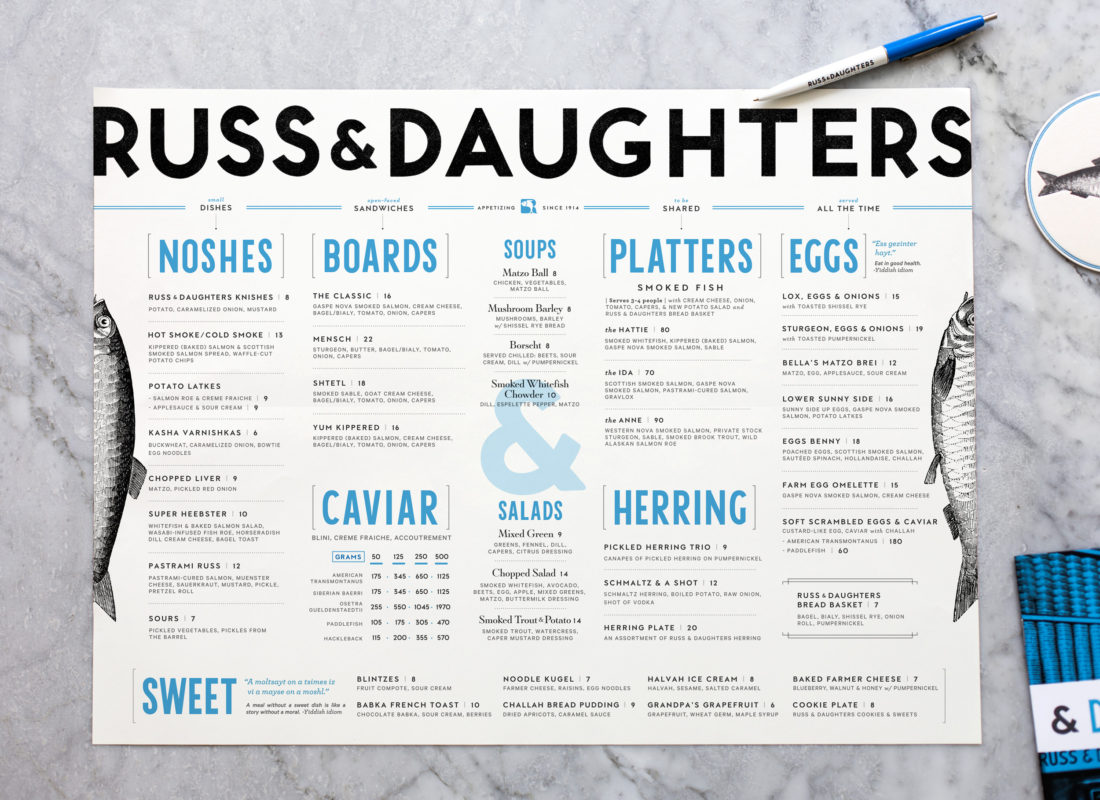 Someone once said the best things in life are worth waiting for. Love, success, your dream job, and the classic breakfast board of smoked salmon, cream cheese, tomato, onion, capers, and a bagel from Russ & Daughters Cafe on a Sunday morning are a few examples that come to mind.

Joel Russ, the great-grandfather of Josh Russ Tupper and Niki Russ Federman opened his first business on this street in 1914, and one can only imagine his pride at seeing this bustling operation.

Having no sons, Joel Russ required his three lovely daughters — Hattie, Ida, and Anne — to work in the store from the time they were teenagers. In 1935, he made his daughters full partners and changed the name to Russ & Daughters, a bold and controversial move. Russ & Daughters is the first business in the United States to have “& Daughters” in its name.  The daughters married men who also joined the business.

100 year later, on the very same street where Joel Russ first stood outside and sold his herrings out of a barrel,  his great-grandchildren, Josh and Niki Russ, continued the legacy and opened the Russ & Daughters Cafe.

In 2015, after 101 years solely on the Lower East Side, Russ & Daughters will expand uptown with the opening of Russ & Daughters at the Jewish Museum. This location will provide both the store and cafe experience to museum-goers and the general public alike.

When Joel Russ started peddling herring from a pushcart, could he have imagined a time when the fourth generation of the Russ family would walk, daily, into a landmark appetizing shop and sit-down restaurant hailed by the Smithsonian Institute, the National Register of Historic Places, The New York Times, Gourmet, Bon Appetit, Martha Stewart, NPR, The New Yorker, New York Magazine, PBS, The Food Network, The Travel Channel, The New York Times Magazine, The Wall Street Journal, and Vogue — among many esteemed others — for its contribution to New York’s culinary and historical landscape.

Russ & Daughters and the Russ & Daughters Cafe have received praise in countless national and international publications, and the cafe was recently named #2 on Pete Wells’s New York Times list of “The 10 Best New Restaurants of 2014.” Russ & Daughters has been featured in the PBS documentaries: The Jews of  New  York  and The Sturgeon Queens – highlighting the contributions of multiple generations of the Russ family during the past century.

A classic like Russ & Daughters is beloved by everyone, so the patrons range from brunch connoisseurs to that longstanding LES resident who has been sitting at the bar refilling his coffee since 8:00am. 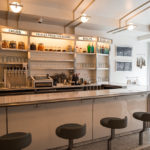