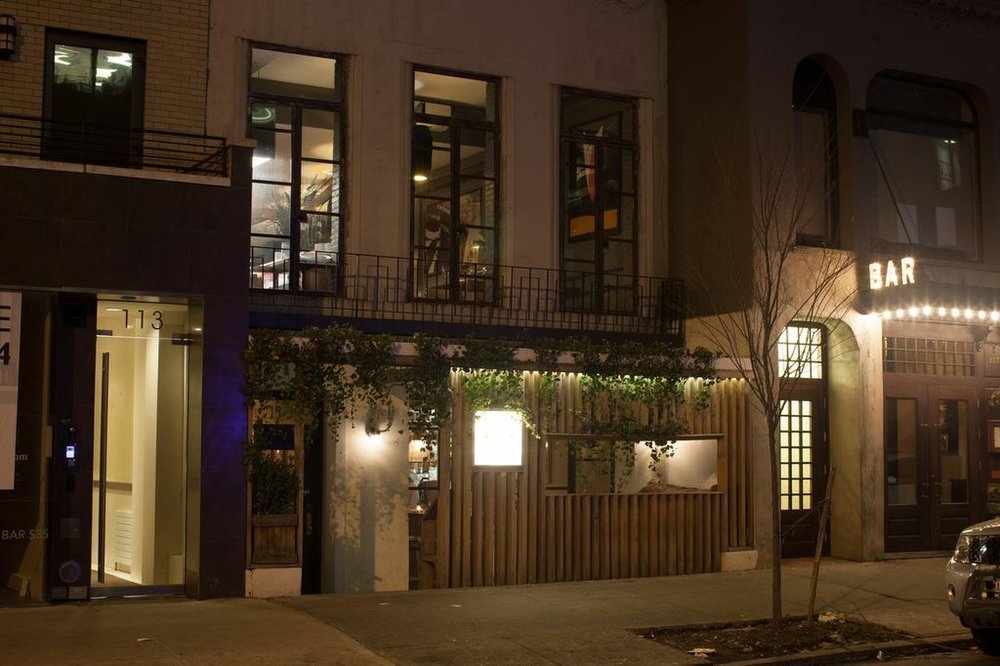 As you round the corner on 60th Street at Park Avenue, just on the brink of Midtown East, wafts of barbecue grilled meat greet you. If you follow that smell, you end up half way down the block where a wood and charcoal burning grill sits on the front patio of Amali Restaurant, surrounded by a wooden lattice with an adorable take out counter to order from.

Amali is located in the Upper East Side neighborhood of Manhattan and serves Vegetarian, Italian, Mediterranean, Greek, and Organic cuisine. Amali’s name was inspired by a historical term for lands shared by modern day Greece, Italy and Turkey.

In keeping with the values of Mediterranean traditions, Amali support sustainability – from the food they buy, the wine they serve, to the finishes and furniture in the restaurant.

It took a long time for James Mallios to get from his childhood home in Flushing to E. 60th St., where he recently opened a traditional Mediterranean restaurant called Amali.

Mallios, the son of two Greek parents, attended Cornell and became a lawyer before he figured out that his true passion was for the restaurant biz.

“I felt unfulfilled, there was something missing,” Mallios says of his previous career. “It took a little while to figure out what I really loved.”

After quitting his job and trying his hand at a few different gigs in the hospitality industry, he became the general manager of Belgian eatery Resto in Gramercy.

He then took the plunge and partnered up with Steve Tzolis and Nicola Kotsoni(Il Cantinori, Periyali) to open Amali, a restaurant that stays true to the Mediterranean culture in more ways than one.

“I wanted to recreate the dinners I had had while visiting my family in Greece, but in New York,” explains Mallios. “An emphasis on simple, local flavors. The practice of using an entire animal throughout the menu. A selection of ever-changing seasonal offerings.”

In that spirit, our menu is inspired by the Mediterranean way of life and emphasizes vegetables, olive oil, cheese, grains, and fish.

The menu changes weekly in response to the season, the market and their partnerships with fisherman and farmers. They also features seasonal vegetables: For fall, you’ll find squash, wild mushrooms and heirloom carrots.

The food is both interesting and delicious, which makes Amali stand out from the rest of the overpriced stalwarts of the Upper East Side.

Add that up with a friendly staff and the aforementioned music selections, and you’ve got yourself a place we remain very high on, even after several years.