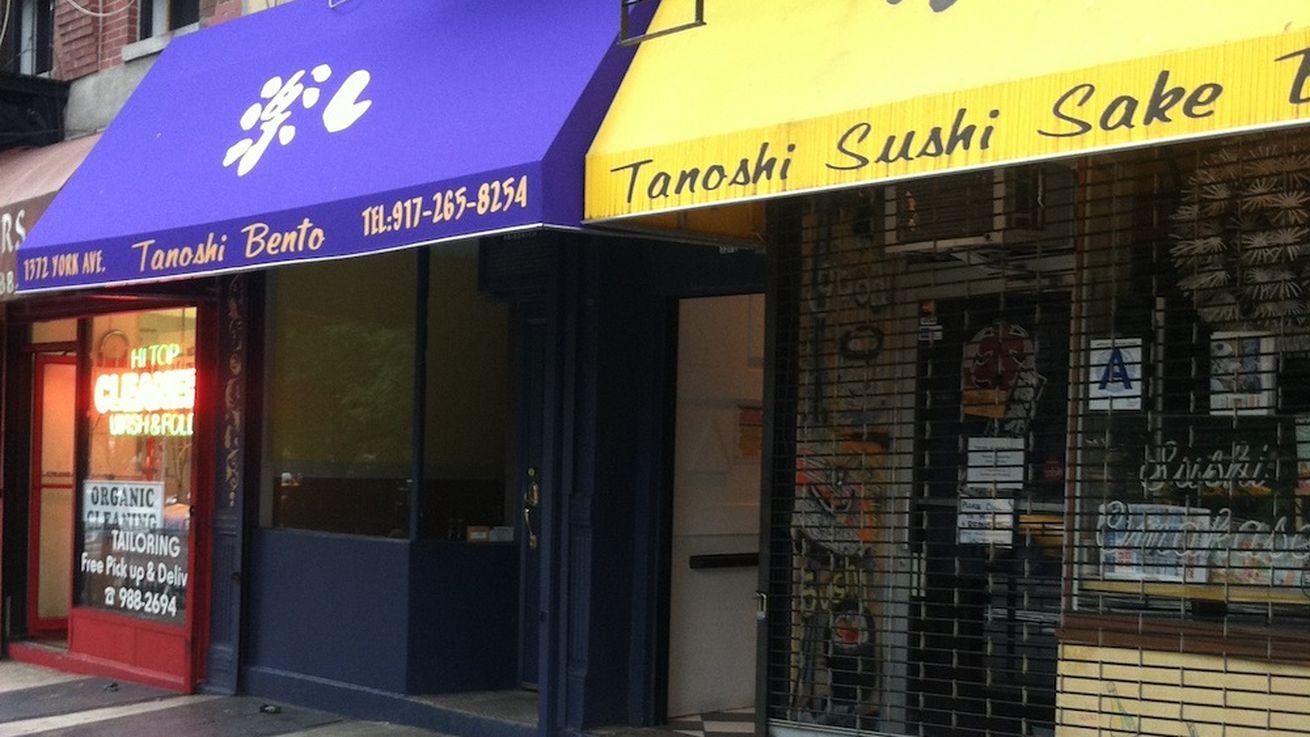 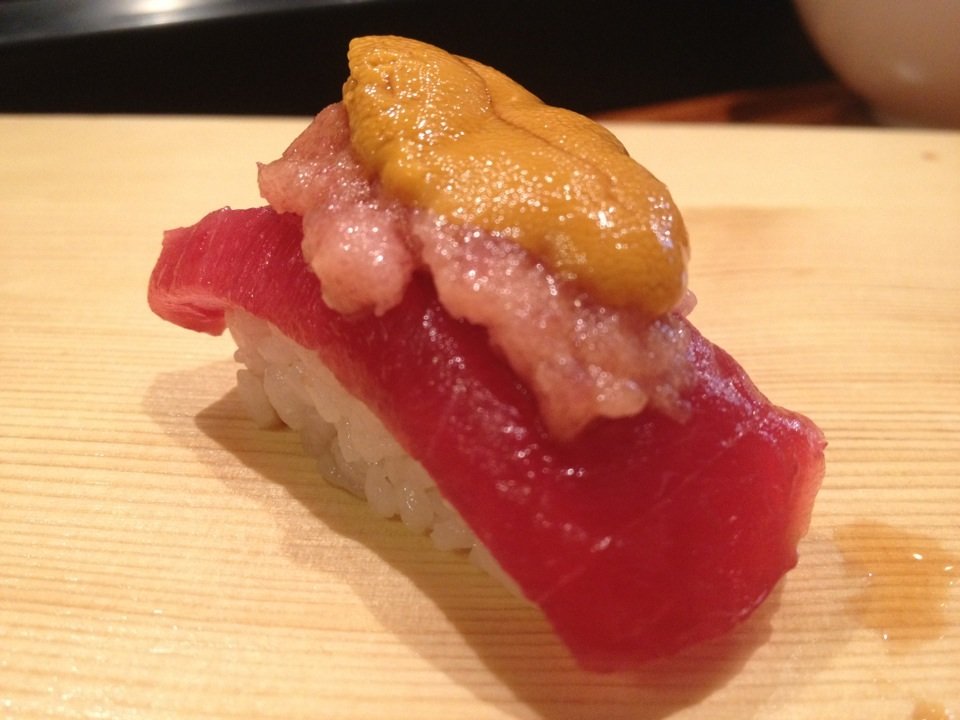 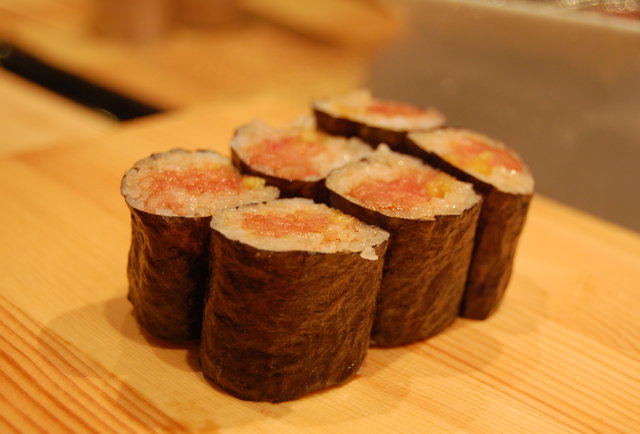 Tanoshi Sushi & Sake Bar  is a restaurant that should be at the top of your Hit List, especially if you’re one of those sushi obsessive.

This sushi restaurant is located in the Upper East Side. This place looks like it’s built in some guy’s pre-war brick apartment, furnished with a sketchy window A/C and all. Despite it’s inconvenience, Tanoshi Sushi & Sake Bar has garnered critical attention for its high quality omakase only sushi served at an almost unbelievable reasonable price.

Openminded Chef Toshio, who created new wave sushi in the past, has now committed himself and his restaurant, Tanoshi Sushi & Sake Bar, to reviving the classic preparation of sushi. His large menu, which features a wide variety of dishes, also features his specialty, “loosey-sushi.”

In other words, this is sushi made with minimal ingredients that practically melts in your mouth, allowing the customer to truly savor every bite of his or her meal.

Meals start with a selection of small appetizers. Aside from gently suggesting fish that you would or would not like to try during the sushi-section of the meal, this is your only chance to decide what is served to you (but don’t worry, you’re in good hands). You might find ankimo lightly cured in soy and citrus, the monkfish liver rolled up and poached in sake torchon style, very much like the foie gras whose richness and creamy texture it approaches.

Then the sushi begins. Chef Oguma seasons his rice with akazu, a lightly sweet Japanese vinegar that is remarkably fresh and aromatic. He calls his style “loosey sushi,” which where I’m from in Harlem would mean “sushi you buy by the single piece from a shady guy on the corner who caters to homeless people,” but in Oguma’s more refined approach, refers to the way the rice block immediately falls apart in your mouth, spreading its lightly vinegared aroma and allowing it to blend harmoniously with the fish without weighing it down.

Variety is limited at Tanoshi Sushi & Sake Bar, and uni (sea urchin) isn’t always available. This makes sense, given the restaurant’s modest scale and commitment to low prices. The sushi here is of the highest quality as they use only the freshest ingredients.

A very good meal, all told.  You have to be a little adventurous on the à la carte menu to have a truly memorable experience, but the omakase in and of itself offers exceptional value. There are no desserts offered at Tanoshi Sushi & Sake Bar.

The Atmosphere is very phenomenal. The walls for instance, are not just covered with art, but information. Maps of both Japan and the world hang behind the sushi bar (see right), and have actually been labeled with the locations of where each of the items on that day’s menu were sourced from.

Tanoshi Sushi Sake Bar proves that sometimes the simpler a dish, the better.