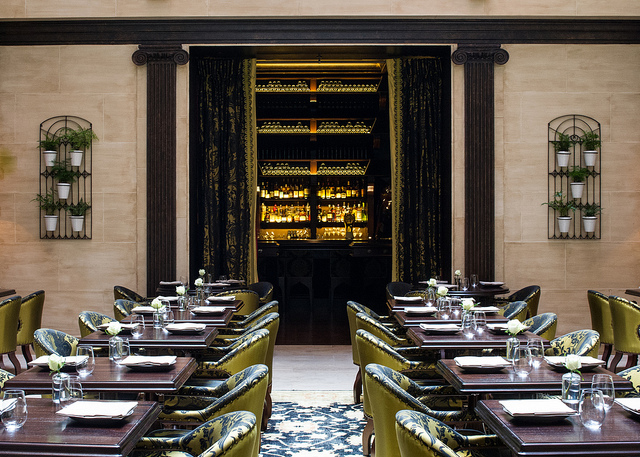 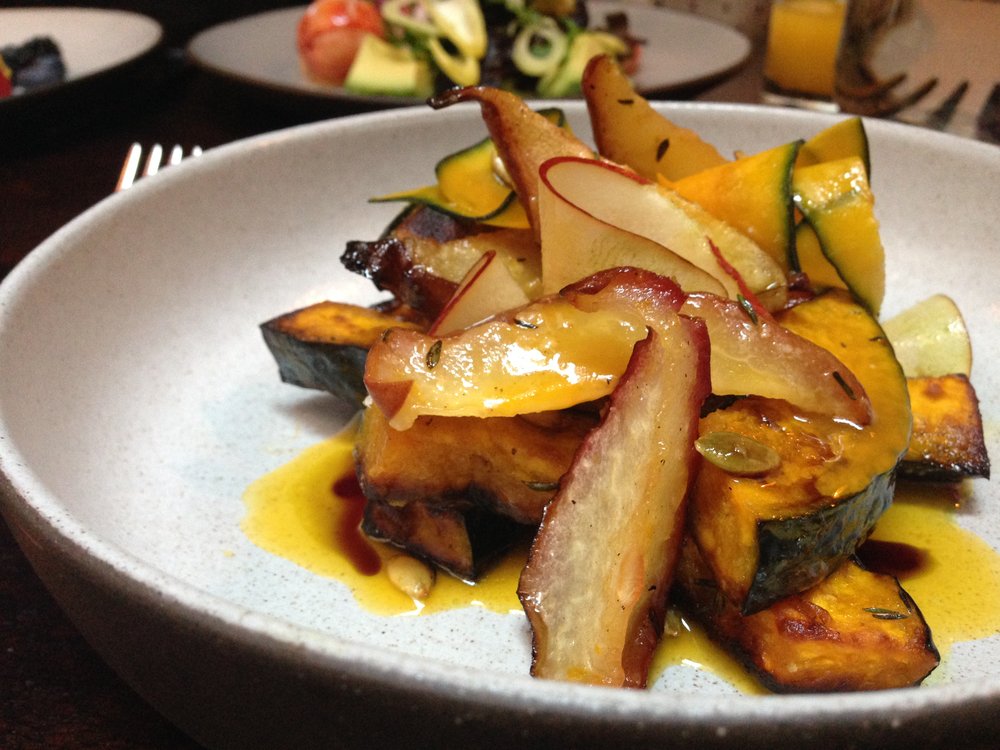 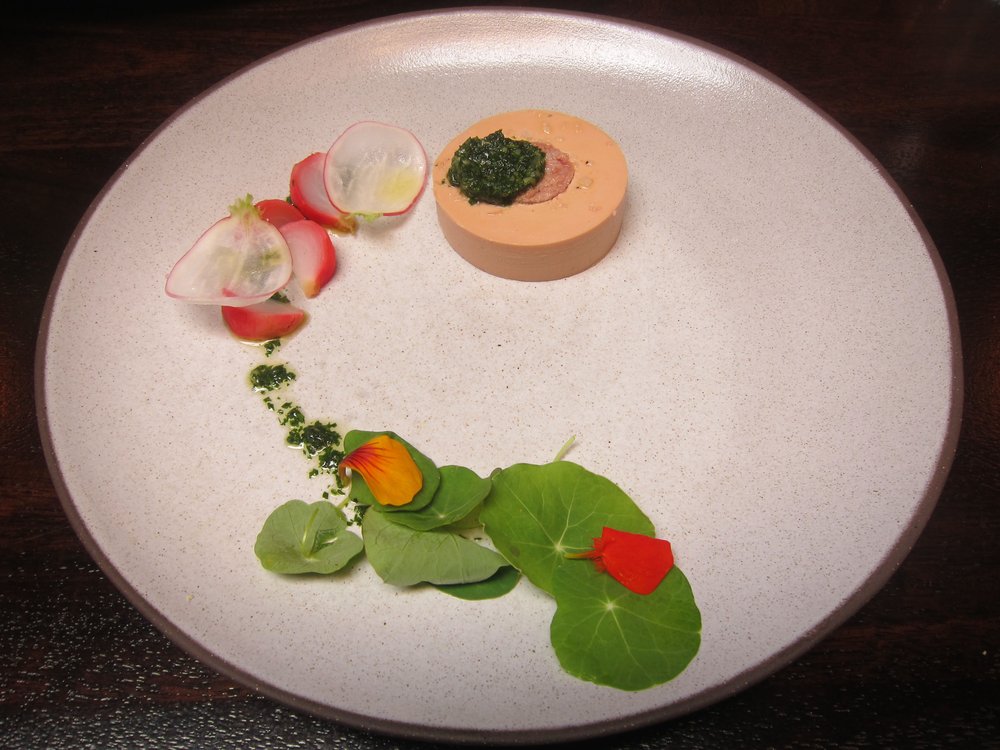 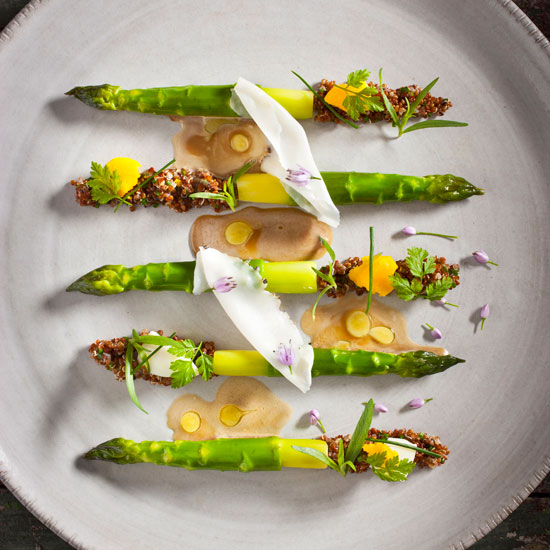 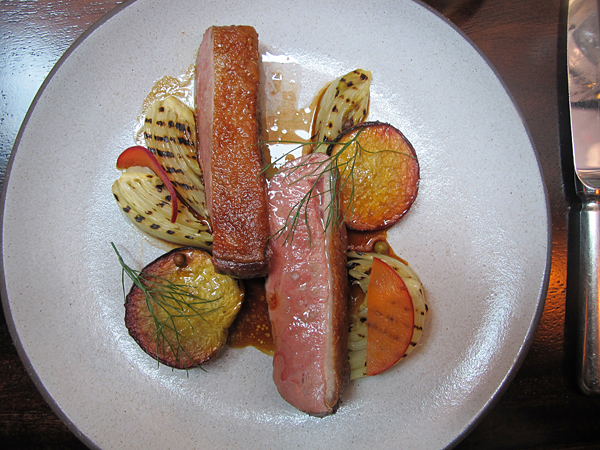 The NoMad Restaurant  is one of New York’s most fawned over restaurants. Located off the lobby of the NoMad hotel, the restaurant plays the part of stylish and lively younger sister to the culinary grand dame Eleven Madison Park.

The NoMad Restaurant has a casually elegant food and beverage program under the supervision of Chef Daniel Humm and Restaurateur Will Guidara.

The restaurant is comprised of a series of rooms surrounding a glass-enclosed atrium and features a refined yet approachable menu with a wine program that celebrates the great winegrowing regions of the world and innovative, classically-focused cocktails.

The food, like the space, exudes unbuttoned decadence—like wearing a tux with no socks. A poached egg stars in one over-the-top starter, its barely contained yolk melting into a sweet, velvety soup of brown butter and Parmesan, with shaved white asparagus and toasted quinoa for crunch. And while there are plenty of rich-man roasted chickens for two in New York, the amber-hued bird here—with a foie gras, brioche and black truffle stuffing under the skin—is surely the new gold standard. It’s an art-directed beauty, well worth, the succulent breasts delivered on potato puree with black truffles, dark meat shredded into a communal bowl with morels, more truffles and foamy brown butter.

Other entrées are nearly as memorable, anointed in power chords of intense and elegant flavors. Pink duck breast, as tender as any, has the exotic perfume of Vadouvan curry, with beautifully caramelized roasted lady apples and a punchy apple vinegar jus. A split, roasted lobster, meanwhile, arrives bathed in lobster roe and crème fraîche, with pools of tarragon butter in its cavities and house-made potato chips—an improbably delicious populist touch—showered on top.

Desserts, as thoughtfully elevated as everything else here at The NoMad Restaurant, come courtesy of Mark Welker, Eleven Madison Park’s former sugar lieutenant. The many elements in each work toward singular themes—like a study in apples featuring baked-to-order apple brioche with apple caramel, apple brandy and wake-you-up tangy apple sorbet among its components. Honey is the driving force in another glorious, nuanced creation, featuring honey shortbread and honey brittle with dehydrated milk foam crisps (like eggless meringues), with super-floral buckwheat honey drizzled on top.

Take a look at the drinks menu, even if you’re not imbibing: In addition to some of the best bespoke cocktails in the city, The NoMad Restaurant offers some fine non-alcoholic beverages, including a sparkling basil-fennel-lemon soda.

With separate areas to suit a variety of tastes, the bustling restaurant serves out-of-town guests and Manhattanites alike. The standing-room bar area pleases cocktail lovers; the Library provides a drinking den with seating options; the velvety, gold-trimmed chairs in the Parlour suggest a Victorian sitting room; and the glass-ceilinged Atrium sheds some natural light on each table. Despite the large capacity, reservations are a must. 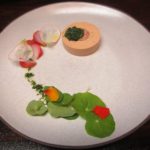