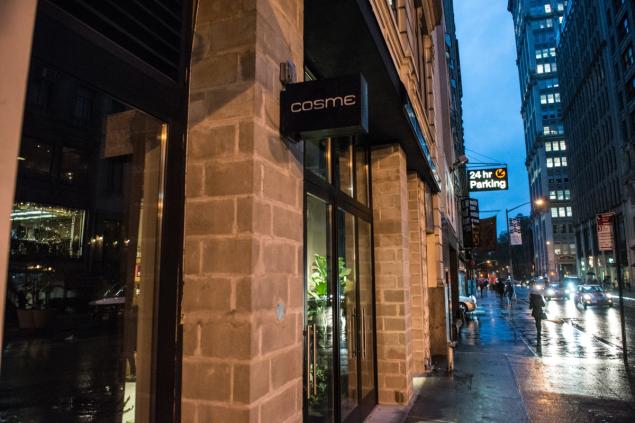 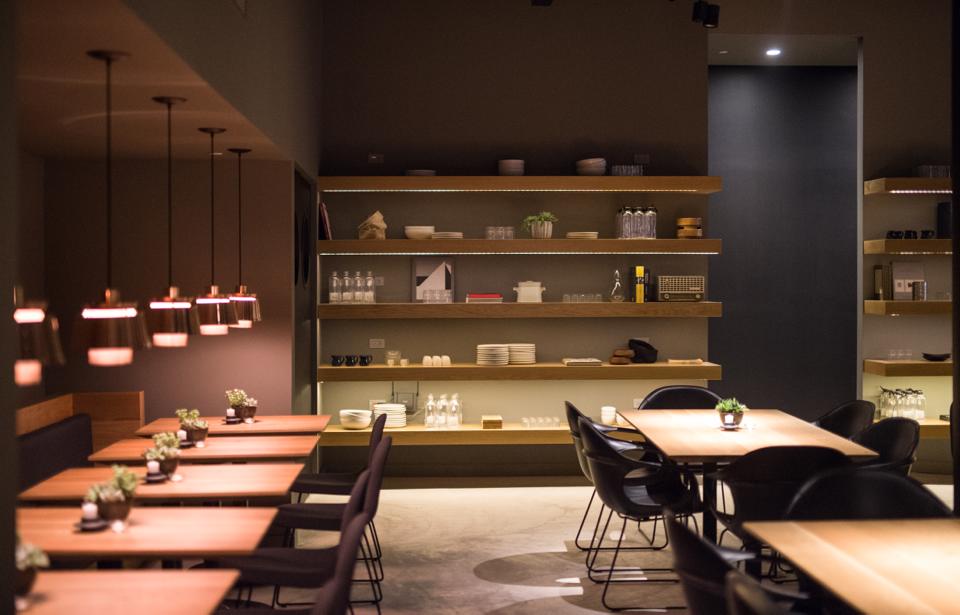 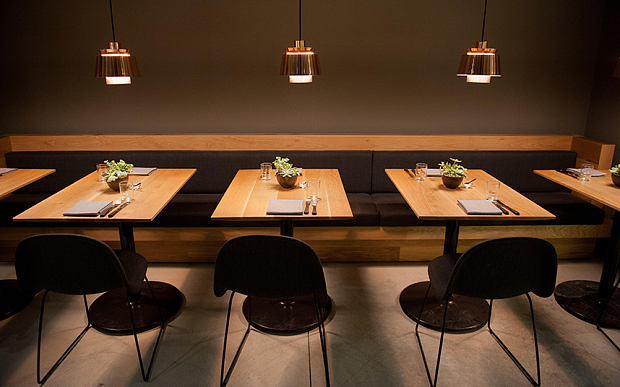 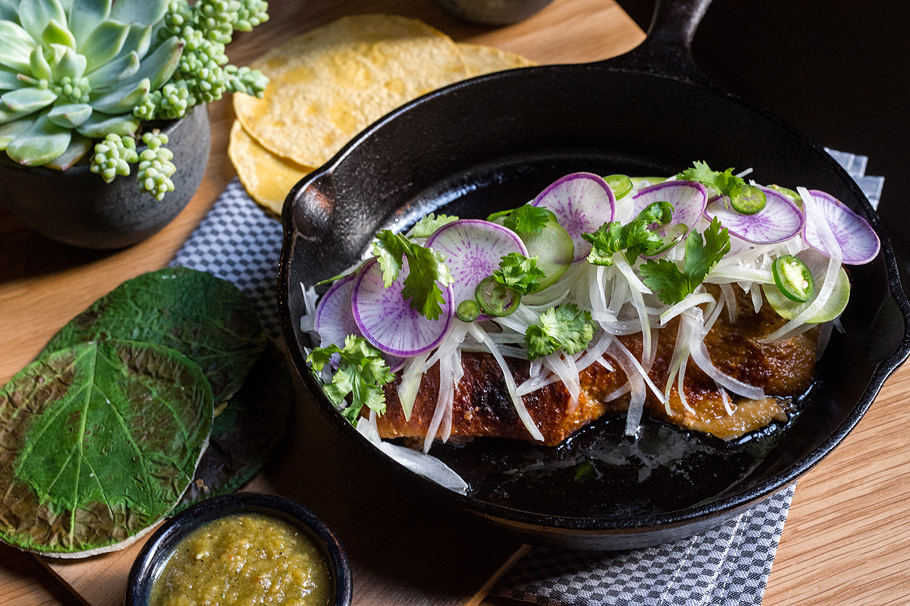 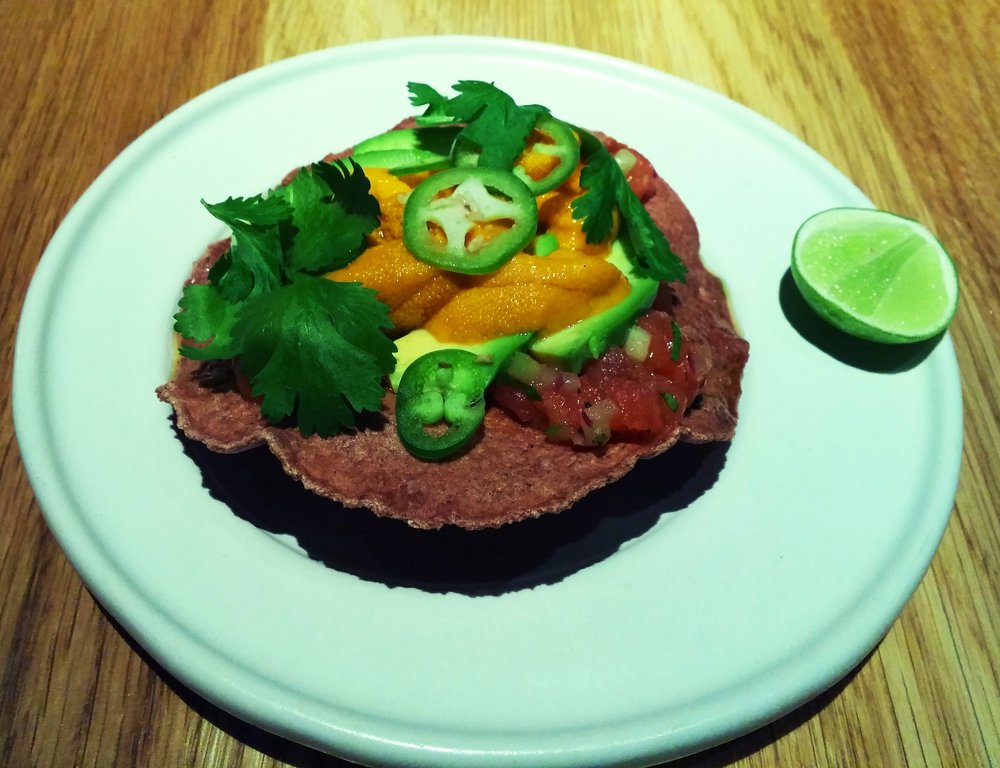 Cosme is a Mexican restaurant in an old strip club space. It’s run by one of the World’s Great Chefs, Enrique Olvera.

World-renowned Chef Enrique Olvera and his team create dishes rooted in Mexican flavors and traditions, while also celebrating local and seasonal ingredients from the Hudson Valley and surrounding region.

Located in Manhattan’s Flatiron District, Cosme’s spacious 3,500-square-foot interior is made up of clean lines, muted tones, and an unobtrusive division between the front of the house/bar area and the main dining room, each seating about 65. The decor strikes a balance between comfort and modernity, but it is the menu that makes this restaurant stand apart, elevating and reinterpreting Mexican without losing the essence of the country’s diverse indigenous cuisine.

Expect turned-on-the-head combos like an impossibly crispy rectangle of chicharron playing the role of tostada, with paper-thin slices of tomatillo in addition to the requisite avocado, cilantro, and radish. There’s also a shrimp and hamachi ceviche-stuffed avocado bathed in a spicy “cocktail sauce” and a silky black bean puree accompanying lobster pibil(a traditional slow-roasting technique from the Yucatán Peninsula). All these combinations were new and exciting, yet immediately familiar.

When it came to desserts, a “husk” meringue, cracked open and oozing corn mousse, competed with a south-of-the-border-style carrot cake (candied carrots, cinnamon cake, and cream cheese ice cream) as the most impressive dulce.

The main dining room is past a long wall of curious Old World wines—the restaurant may be Mexican, but that’s no excuse for a margarita. Seemingly everyone has ordered the chef Enrique Olvera’s signature “burrata and weeds” dish, and, like that twenty-four-dollar appetizer, they ooze money.

There are 13 wines by the glass, not including sherries, Consider the  Hager Matthias gruner vetliner, which packs enough zing to match with Olvera’s raw seafood dishes. Or ask for the nimble fie gris, made from an ancient Loire Valley varietal that could be an ancestor to sauvignon blanc.

Cosme offers four sherries (fino, amontillado, oloroso, palo cortado), all of them by Bodegas Tradicion, with the most expensive being the cortado, boasting brilliant flavors of caramel and sea salt. Champagne, which pairs well with Olvera’s gently spicy fare. There’s just one Mexican wine available at the moment, a Rivero Gonzalez “white” cabernet sauvignon by the bottle.

Chef Olvera’s menu combines Mexican staples such as heirloom corn, beans and chiles, with locally sourced seasonal products and spices from all over the globe.

Cosme’s private dining room can accommodate up to 14 guests for dinner.

Open since fall 2014, Cosme has achieved the remarkable by living up to the almost impossible hype that accompanied Chef Olvera’s Manhattan debut. It remains to be seen whether the restaurant, like its namesake Mercado San Cosme in Mexico City, can become a fixture in the city for years to come. 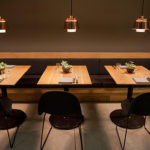 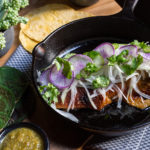 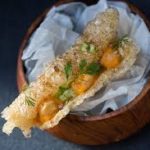 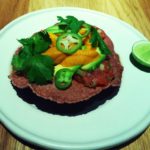