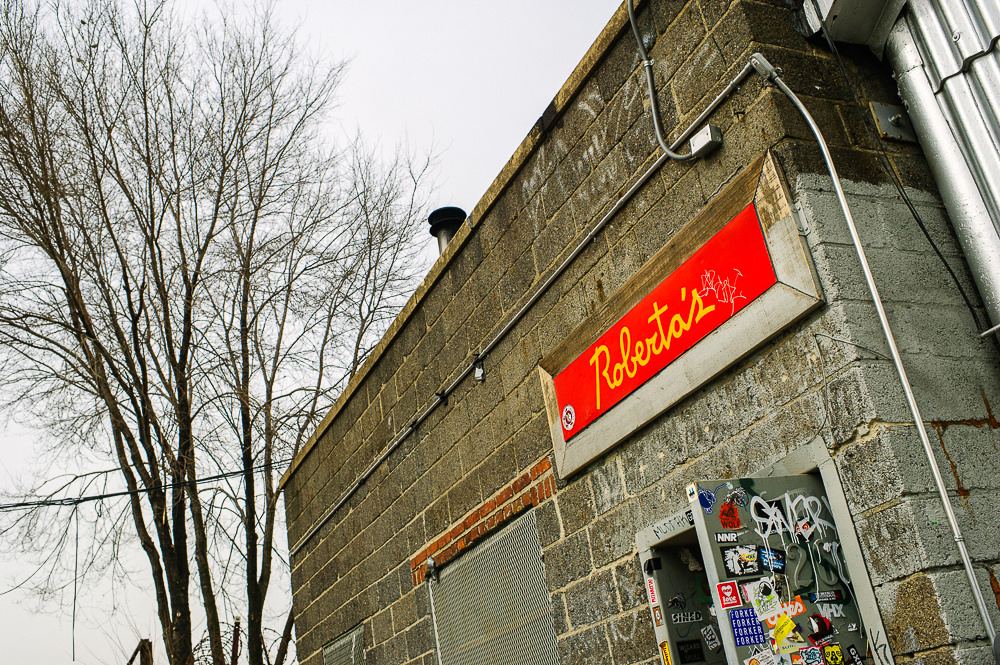 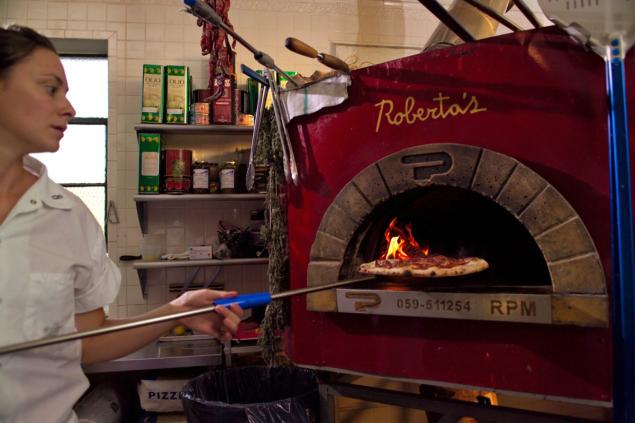 Walk among the factories and warehouses in this region of Bushwick, past more than a few ancient breweries, and feel like you’re in the late 19th century. Smell smoke, and go through a badly marked and unprepossessing door, and you’re in one of Brooklyn’s best restaurants – a wood burning pizza spot that supplements a simple list of pies using premium ingredients with killer daily specials.

Roberta’s Pizza is known for its wood oven cooked pizza and hipster vibe. The restaurant serves pizza containing ingredients cooked from a rooftop garden, and houses a radio station in the rear of the building.

The partners at the very fine Bushwick, Brooklyn, pizzeria Roberta’s definitely fall into the latter camp. Musician and bar-owner Chris Parachini and his partnersBrandon Hoy, Carlo Mirarchi, and Mauro Soggio decided to open a pizzeria because they love pizza. They found a practically unfinished space with high beams and poured-concrete floors in a hard-core commercial section adjoining an auto-repair shop in Bushwick, went to Italy to apprentice with an Italian pizzaiolo, found a fire-engine-red wood-burning pizza oven in a bankrupt Italian pizzeria (yes, pizzerias do go bankrupt in Italy), and came back to Brooklyn, put in the pizza oven in the front and waited for the city to install the gas line in the kitchen in the back. They waited and waited until they were about to run out of money, so they were forced to open Roberta’s Pizza with the aforementioned pizza oven and three pans and three propane burners in lieu of a kitchen.

The pizza at Roberta’s Pizza is very good , so they clearly learned a fair amount in their Italian sojourn. The crust is thinner than the typical Neapolitan pie and thicker than the cracker-thin-crusted Roman pizza. It is chewy, usually blessedly salted, and airy and light. Occasionally it is a little tough and stiff. The creamy mozzarella is made in-house, and the canned tomatoes are of the good quality, non-DOP Italian variety. The very-solid-if-unspectacular Margherita that comes out of the red pizza oven has the right ratio of cheese to sauce to crust.

If you’re going for lunch, and you don’t feel like pizza (hey, it happens), the cheeseburger, made from dry-aged Pat LaFrieda meat and draped with a single slice of American cheese, is a great patty, plain and simple. It’s a burger that’s not trying to be anything it’s not. And the fried fingerling potatoes served alongside it are nicely crisped and heavily salted.

Part of the reason Roberta’s Pizza is such a special place is because they haven’t done anything else yet. Instead of opening up new restaurants, they just keep expanding upon the original.

Roberta’s has recently gained notoriety for its so-called “Tiki Disco” parties, which are thrown throughout Brooklyn and in 2013 at the Bonnaroo Music Festival in Manchester, Tennessee. That same year, USA Today published a column from The Daily Meal which named Roberta’s as one of America’s top 15 pizzerias. Its chef was named a Food & Wine Best New Chef in 2011. 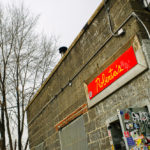 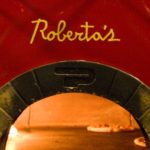 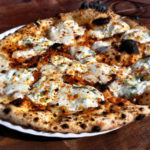 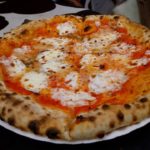