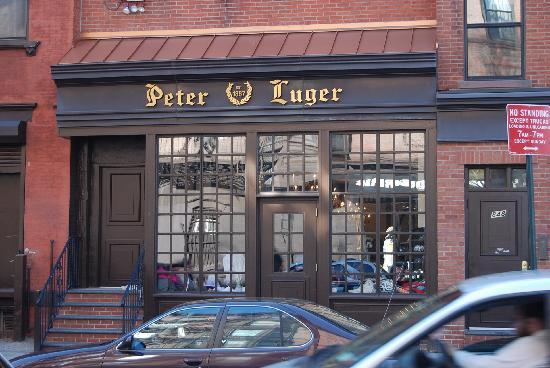 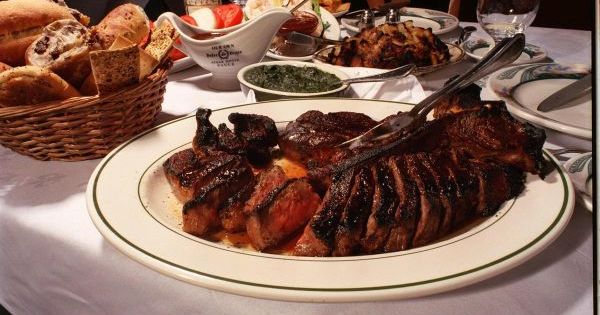 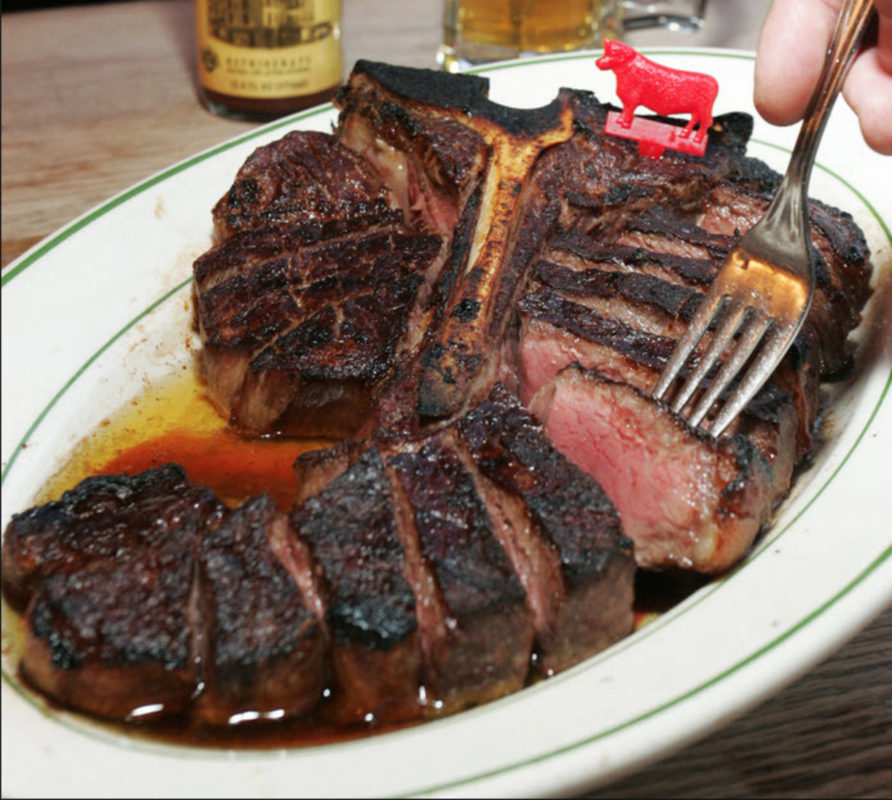 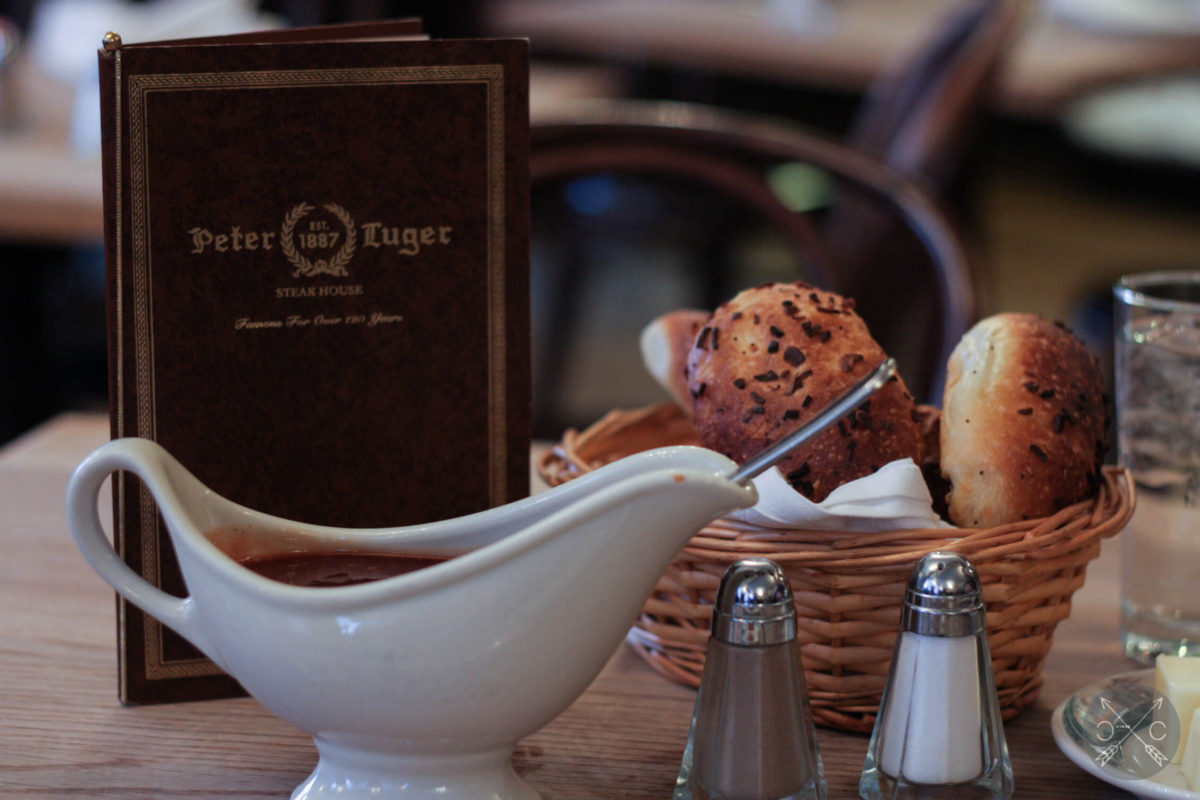 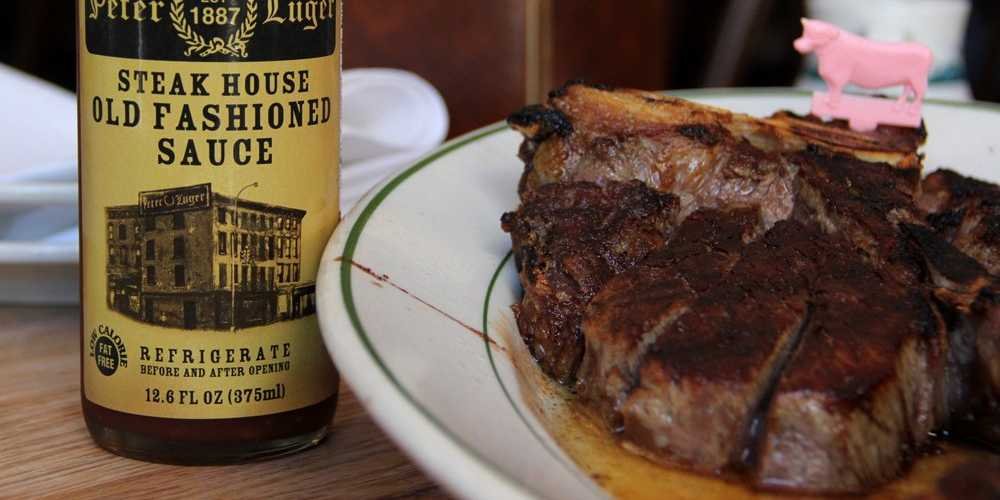 Peter Luger Steak House is perhaps one of New York City’s most beloved Steakhouses, which has been around for well over a century.

Started in 1887 by Carl Luger, a German immigrant as “Carl Luger’s Café Billiards and Bowling Alley” in Williamsburg, the name was changed thereafter by his son Peter who inherited the restaurant upon his father’s death.

Peter Luger’s enjoyed great patronage until Peter’s death whereupon his son ran the business to the ground. Fortunately, one of their loyal customers Sol Forman who ate there almost every day, took it upon himself to buy the business at an auction and slowly restored it to its former glory.

The restaurant is still run by the women of the Forman family and has earned the honor of being the only New York City Steakhouse with a Michelin star.

Steak lovers delight in Peter Lugers superb dry-aged meat and their brilliant porterhouse steaks (which can be ordered for two, three, or four).

Peter Luger Steak House famously only serves USDA prime beef. The porterhouse is cut from a short loin. A center “T-bone” runs down the middle of the steak. One one side is the New York strip, on the other side is the filet.

Aside from that the famous Canadian bacon is a must for an appetizer along with their creamed spinach and French fries. At lunch the hamburger is extremely popular.

“There are very few secrets in a steakhouse,” says third generation Peter Luger Steak House proprietor Jody Storch. “It’s really just about buying the best product that’s out there and simply preparing it.” One of Eater NY’s top steaks for two, the Brooklyn restaurant’s legendary porterhouse is Storch’s case in point.

From the careful selection, to the in-house dry-aging process, to the well-practiced way the servers present the finished steak tableside, every aspect of the porterhouse has been conceived to enhance an already picture-perfect product. Storch inspects the steaks rigorously before buying them. The steakhouse has a dedicated dry-aging room. The kitchen boasts a massive row of broilers, and the seasonings are kept to a bare minimum. Outside of the dry-aging process, the only flavor enhancers to be found are salt and clarified butter.

What the restaurant truly sells is not just the giant slabs of bone-in meat, it is also the ambiance, the warm and gruff servers, the laughter, the clinking of glasses, and the slightly charred smell of steak. A full-blown blast for the five senses! As if throwing a homecoming celebration and feast for warriors, the calorie-rich food and bottomless beer truly epitomize the steakhouse

The Peter Luger Steak House is probably one of the most imitated steakhouses in the country,  many opened by former employees of the institution. Depsite the roaring success of several of the copycats, Peter Luger is an American classic and still a Mecca for carnivore lovers – tourists and locals alike.

To the present day Peter Luger Steak House has not and does not accept any credit cards at either Brooklyn or Great Neck locations. Accepted forms of payment are the Peter Luger Card, US checks with ID, and US debit cards. ATMs with a remarkable service charge are provided in front of the restaurants. Credit cards payments are only accepted for online ordering. 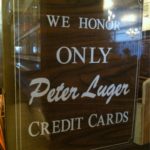 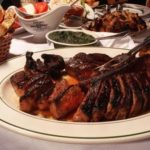