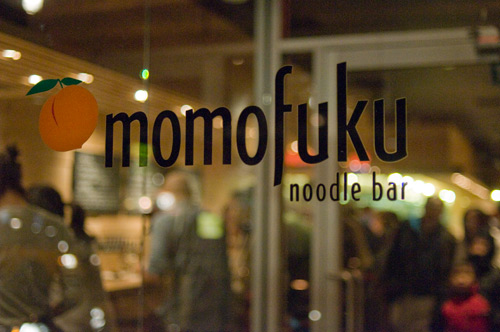 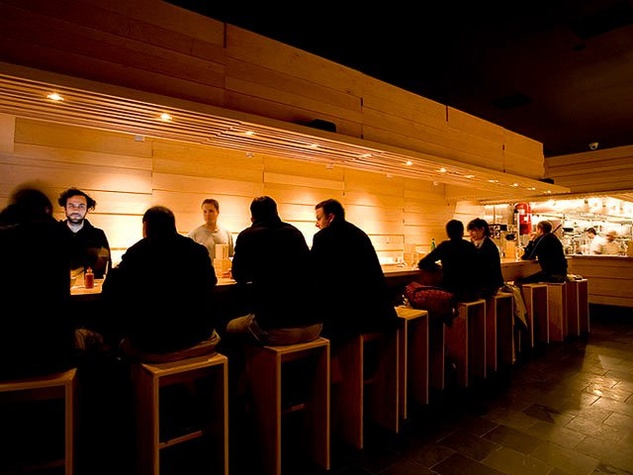 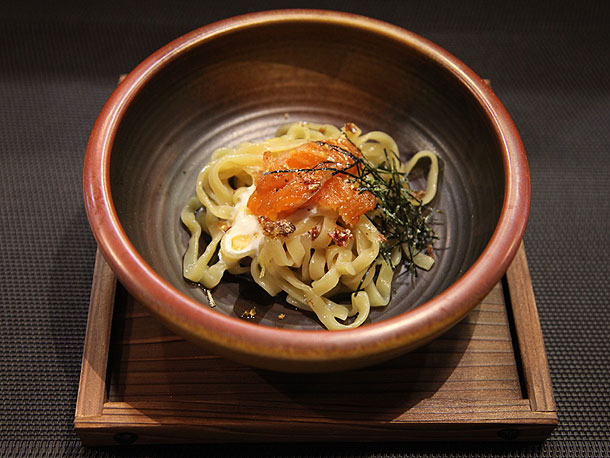 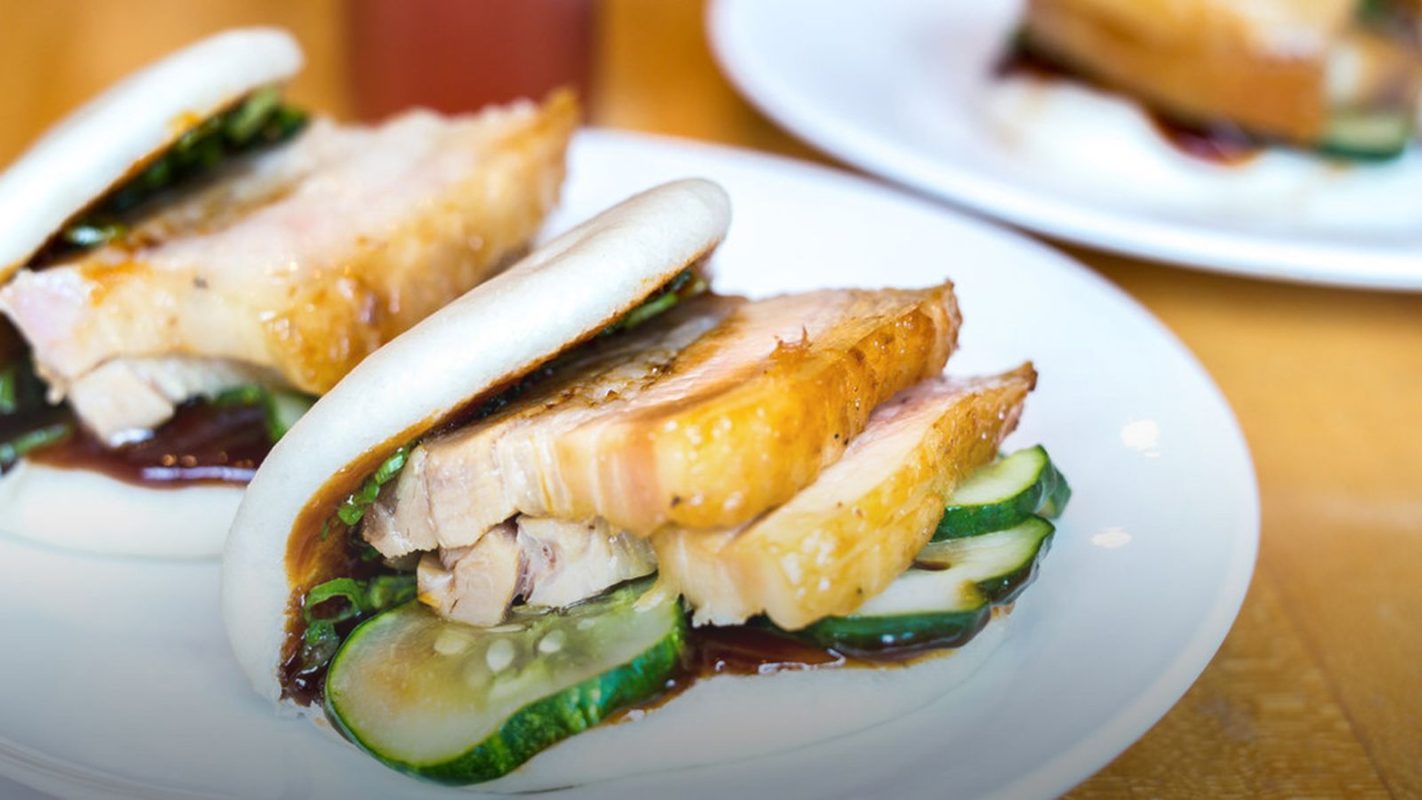 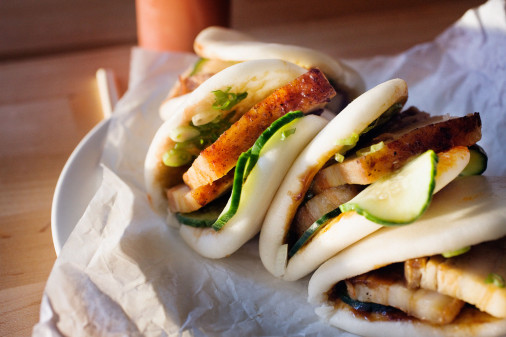 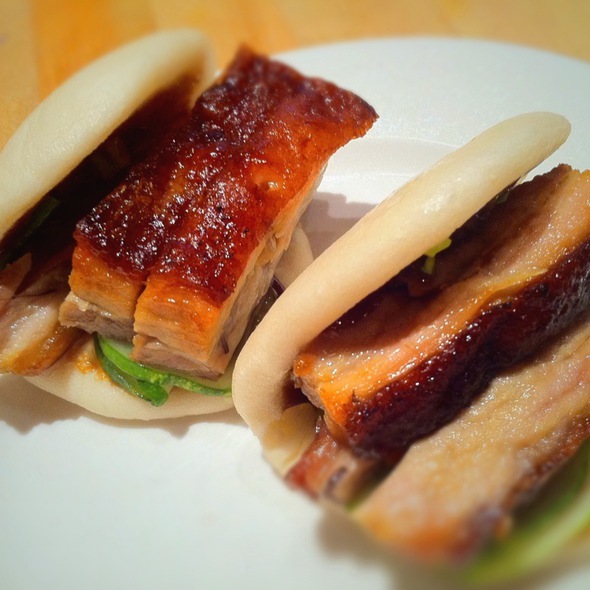 In the food world, David Chang is as much a ubiquity as he is a man. But beyond his juggernaut of influence—the ever-proliferating restaurants in America and abroad, Lucky Peach magazine, the line of Asian condiments he’ll soon unleash on the world—there is still the joy of returning to eat at his first business, Momofuku Noodle Bar in the East Village. He opened it in 2004 and struggled at first with his ramen recipes, working with a distributor to hone the noodle’s soft-chewy texture and ditching tradition in favor of a pork bone broth that blew bacony steam onto diner’s faces.

Today, Chang has secured his spot in the foodie hall of fame, while continuing to churn out his Asian-inspired fare in the East Village. Though Momofuku is now a global empire, Noodle Bar still holds a special place in the hearts of countless New Yorkers. One reason may be the fried chicken – feeding 4-8 people, the chicken must be ordered in advance, and is served Southern style (buttermilk and Old Bay), as well as Korean style (triple-fried and lightly glazed).

Momofuku Noodle Bar  serves ramen and a roster of dishes that changes with the seasons.The restaurant also serves slushies and soft serve.

Thus, Momofuku is one of the rare places where you can actually experience truly original flavor sensations without resorting to molecular gastronomy. One new Noodle Bar menu item, a cold smoked duck breast, comes slathered in swollen quince-flavored mustard seeds that pop in your mouth like fish roe, and a cinnamon-spiked sour cream that reminded me of tiramisu. Bizarre, and addictive.

The buns and ramen are all just as good as you remember, even the vegetarian ramen is not to be underestimated. It was one of Ryan Sutton’s favorite dishes of 2014.

Good restaurants don’t always start off at the top of their game. The food steadily improves, servers hit their stride and the kitchen settles into a working rhythm. It can be nothing short of thrilling to watch one shake off its early awkwardness and come into its own.

That’s how Momofuku Noodle Bar evolve over the last eight months from a promising underachiever into one of the East Village’s best new restaurants.

There is, however, a popular misconception that Momofuku is a ramen shop. Perhaps that’s because it serves ramen and it’s set up like a traditional ramenya. A long bar, crowded with stools, runs along the open stainless steel kitchen.

When you go, if you have the option of sitting at the bar, do so. You’ll get to watch the skilled team of Momofuko chefs roll out dish after dish of delicious food. 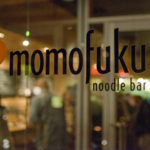 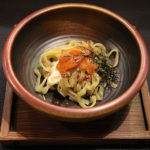 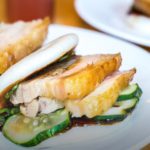 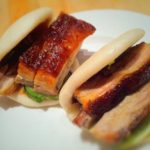