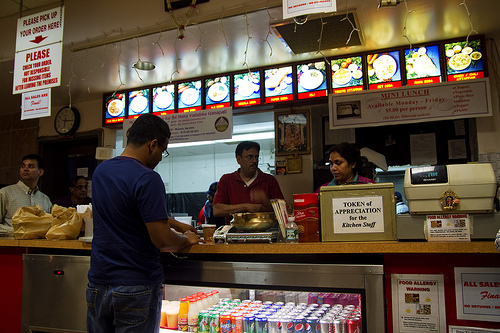 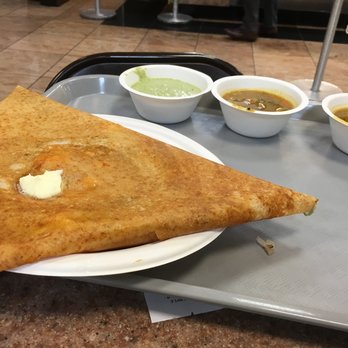 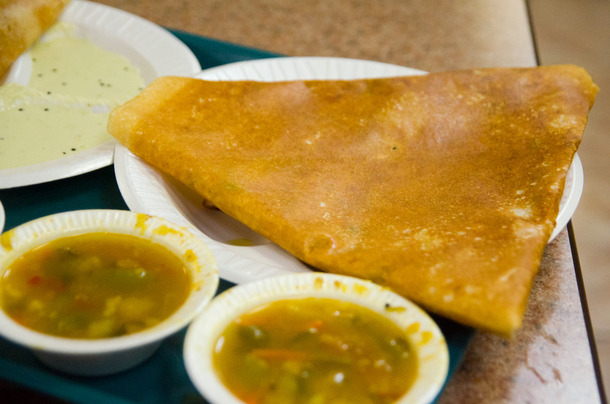 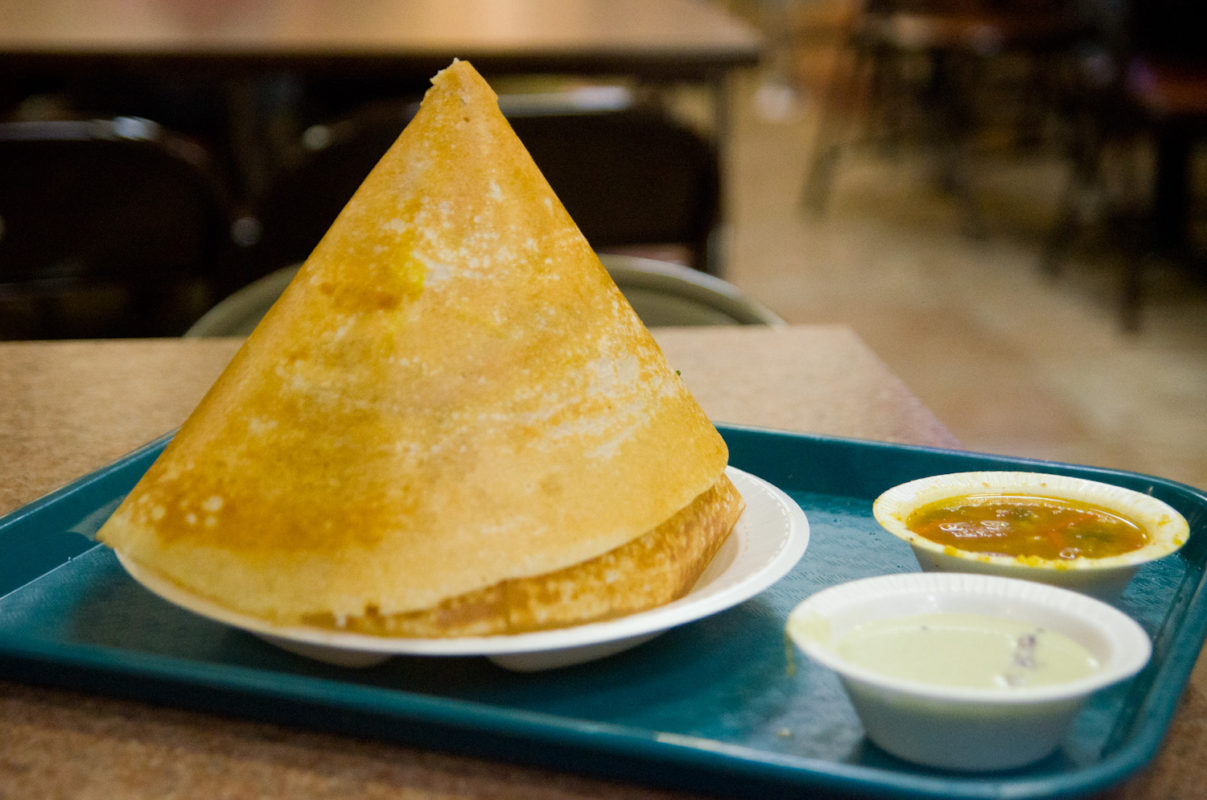 Ganesh Temple Canteen is the canteen is in the basement of the Sri Maha Vallabha Ganapati Devasthãnam temple (known as the Ganesha Temple) in Flushing, Queens. It is an eatery open to anyone, but it’s also a de facto community center where kids play video games while their parents pray upstairs, temple volunteers man the cash registers, and a cartoon version of the Ramayana plays on three televisions.

Dr. Uma Mysorekar, the president of the temple, said the canteen began in 1993 when a special cook was hired to prepare the naivedyams, the food offerings to the deities, which are a part of every temple ritual. Soon enough the chef was cooking for devotees who would spend the entire day at the temple. Now, the canteen is open to anyone. Weeknight crowds are sparse, but the place is packed all day on weekends.

Food for the Gods and Everyone Else

Ganesh Temple Canteen offers a healthy and low-priced meal that you won’t be forgetting any time soon.  On offer is an eclectic menu of popular Indian snacks, more specifically South Indian snacks- they serve a solid and authentic range of dosas, of which locals favor the milder variant, masala dosa and the spicy onion uttappam.

On Saturdays and Sundays, a line snakes from the food counter all the way across the room. The food, all vegetarian, is good in the manner of home-cooked food—some dishes are sublime, some aren’t fried quite as skillfully as the ideal, but somehow it all tastes really good.

The majority of the temple’s members are South Indian, and the food follows suit. South Indians have a way with pancakes, which are here in various forms. Dosas—thin, lentil-flour pancakes—show up in many incarnations: plain, stuffed, spiced, and buttered. There are uttapam, thicker lentil-and-rice pancakes usually topped with onions and chilies or tomatoes, and idli, steamed-rice patties eaten dipped in sambar.

The masala dosa, stuffed with potatoes spiced with mustard seed, green chile, and turmeric, had a nice tang and delicate crunch. The temple’s version of kichiri—there are many—featured short pieces of vermicelli mixed with the rice, making it pleasantly slippery.

The Ganesh Temple Canteen hired cooks from South India who had experience preparing prasad, and, gradually, the cooks started preparing snacks for the temple-goers. In 1993, the temple opened the canteen to the public.

Food is only half the draw of a visit here—reserve some of your excitement for the post-worship scene of colorful saris and little kids managing to get dosa chunks everywhere on their face besides their mouths. Since this is a self-service canteen, you head to the counter, place your order and wait for it to be ready. As you wait with your receipt for your number to be called, take a glance at the lo-fi religious programs on the TVs overhead and peruse the small gift shop. Then gather as many napkins as you can and prepare to dig in.

During weekends, there’s a long line, all the tables are occupied and the food can take up to 10-12 minutes to be ready. But during week days, the place is not crowded and the food is ready in just two or three minutes. Only the Mysore Masala Dosa took about five minutes during our lunch visit on a weekday. 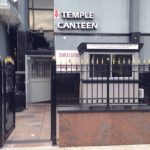 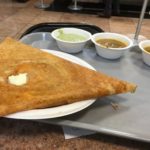 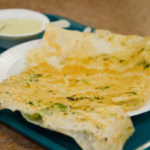 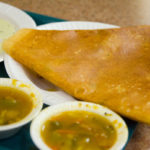