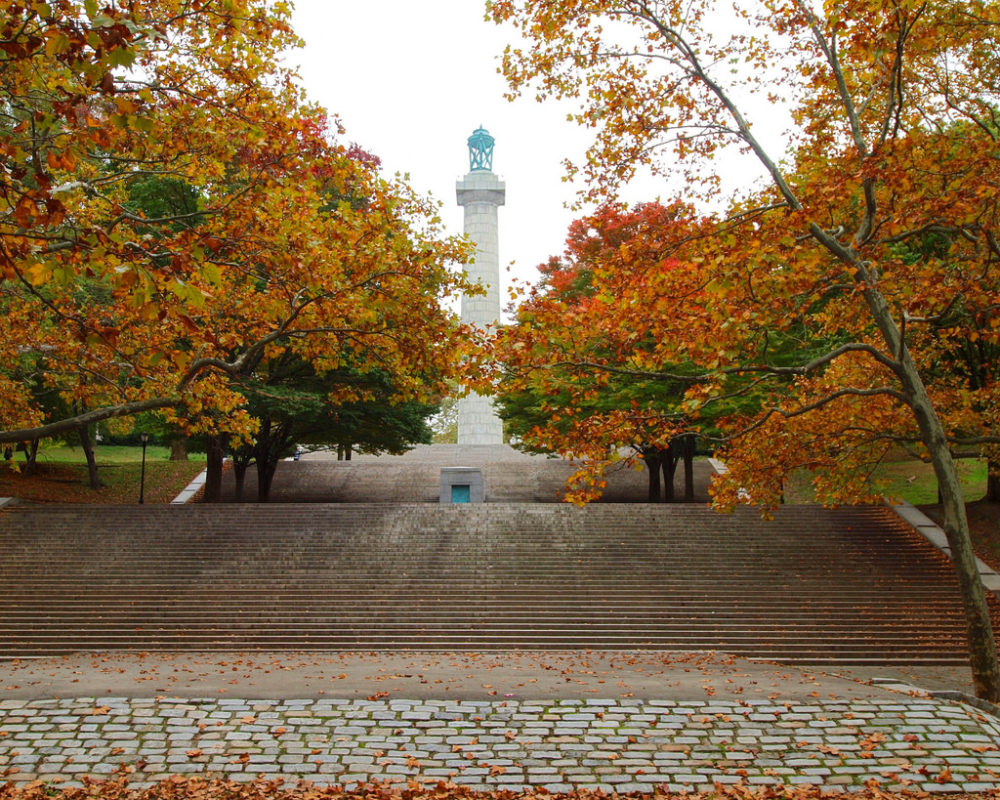 First designated a park by the City of Brooklyn in 1847 at the urging of Walt Whitman, and designed by Frederick Law Olmsted and Calvert Vaux in 1867, Fort Greene Park is one of the most storied neighborhood parks in America.

A verdant 30-acre jewel at the edge of Downtown Brooklyn, Fort Greene Park’s history dates back to its use as a post of the Continental Army during the Revolutionary War. As both the formal burial site of nearly 12,000 American Martyrs and bustling greenspace serving nearly 200,000 residents of the surrounding neighborhoods, Fort Greene Park may be the closest thing to “sacred space” one can find in New York City.

Fort Greene Park is a monument to the American Experiment — a vibrant, diverse public space that gives citizens a place to reflect in a busy, growing city. The Fort Greene Park Conservancy is working to preserve and build a future for that experiment. Find something to be proud of in Fort Greene Park today.

Fort Greene’s history is rife with important names–Walt Whitman, Nathaniel Greene, Frederick Law Olmsted, Calvert Vaux, William Howard Taft, and McKim, Mead and White, to name a few–hinting at the important role the park has played in the city’s history. Originally the site of forts built for the Revolutionary War and the War of 1812, the community surrounding the land started using it as public space shortly after the threat of the War of 1812 passed. By 1847, it was designated a park (Brooklyn’s first), and twenty years later, famed landscape architects Olmsted and Vaux began designing its new layout. In 1897, the park, formerly known as Washington Park, received its name.

Hundreds of years after its early use for the good of the Revolution, Fort Greene Park continues to reward its neighborhood. A basketball court, playgrounds, and tennis courts, not to mention enriching events, sloping hills, and majestic trees, are a magnet for visitors from all walks of life.

Dig into the deep history of Fort Greene Park, and you will unearth a wealth of brave, passionate, creative Americans. Step foot on its grounds, and you will be inspired as you become part of its history.

Located in the center of Brooklyn’s largest transportation hub, Fort Greene Park is accessible from virtually every corner of New York City.