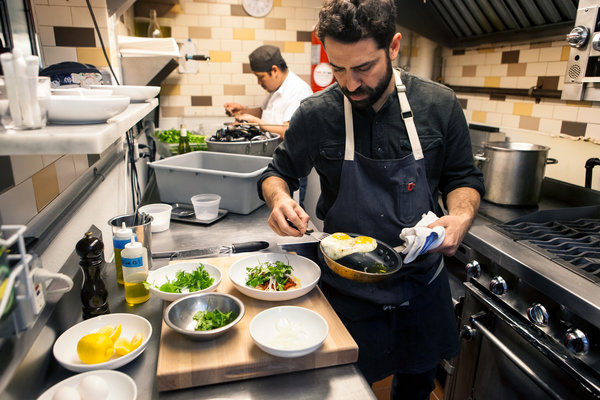 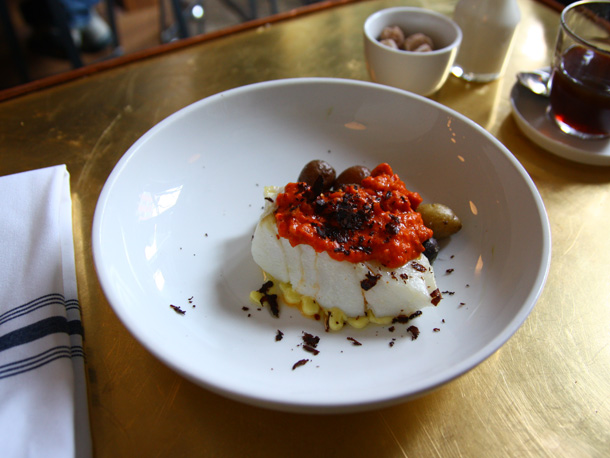 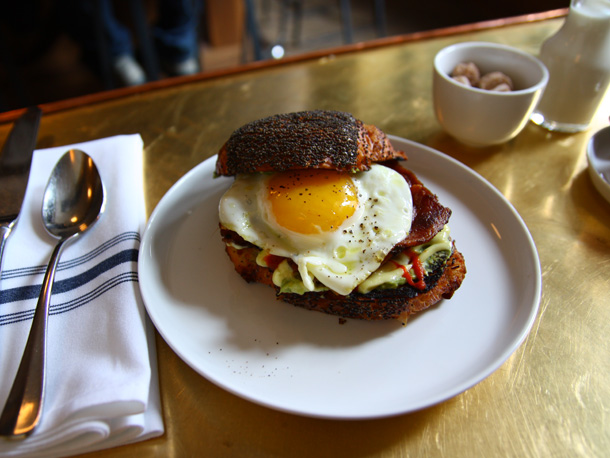 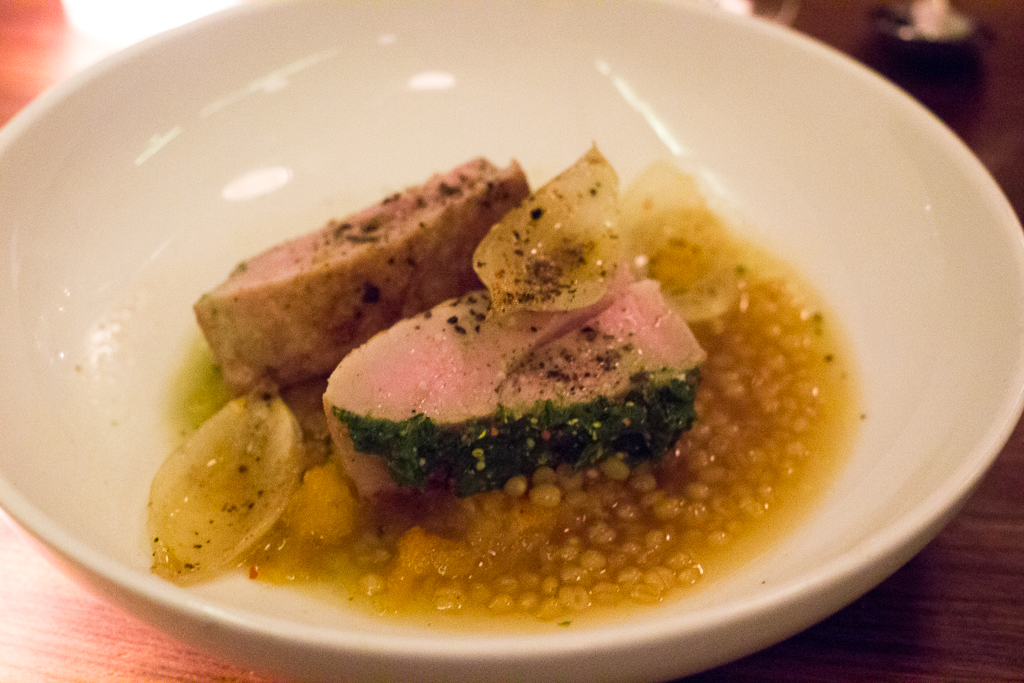 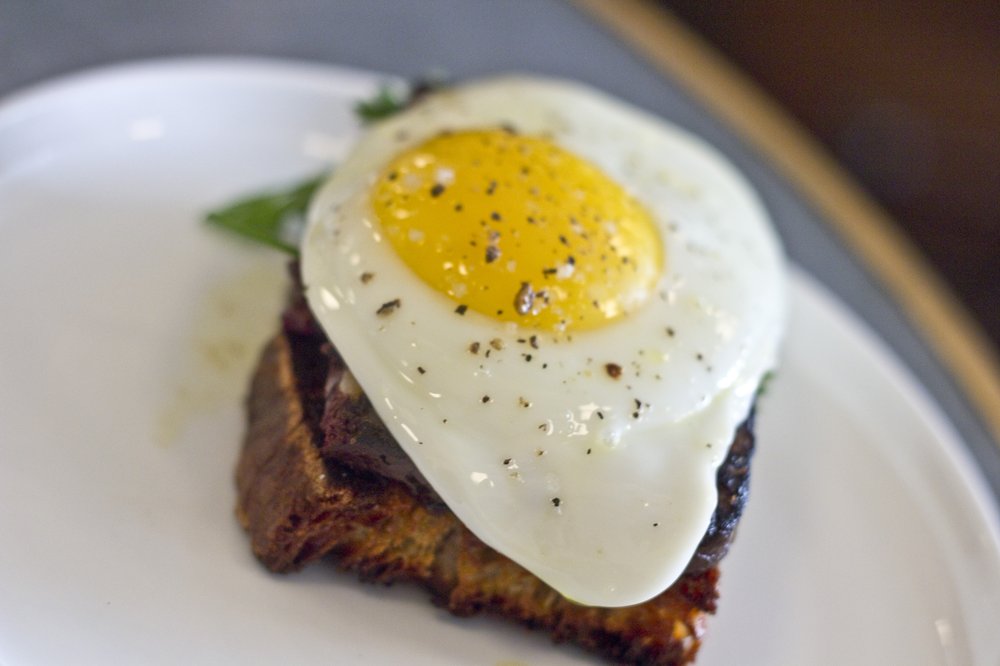 Estela is widely regarded as one of those restaurants that embody what it means to eat out in New York City at the moment. And this fall, the two principal forces behind it, the chef Ignacio Mattos and the manager and wine maven Thomas Carter

In 2013, Thomas Carter and Ignacio Mattos took over the intimate space that once housed the Knitting Factory music venue and turned it into Estela. Set above Houston Street, the lively restaurant serves food inspired by the Mediterranean, cooked with a personal approach that incorporates the distinct flavors of New York—from the stalls of Chinatown to the bakeries of Brooklyn. There is a deep wine list, as well as a bar serving cocktails late into every evening.

Thomas Carter, Co-Owner and Director of Beverage and Service
Before opening Estela, Thomas was beverage director at the award-winning Blue Hill at Stone Barns for six years. He previously worked in wine service for Alain Ducasse at the Essex House, and as a cook at New York restaurants including Le Bernardin, Mercer Kitchen and Union Pacific. He has degrees from Columbia College Chicago and the Culinary Institute of America. Thomas and Ig found each other through a truffle guy.

Ignacio Mattos, Co-Owner and Chef
Born in Uruguay and mentored by South American grilling master Francis Mallman as well as Slow Food legend Alice Waters at Chez Panisse, Ignacio has earned critical acclaim for his signature style of bold seasonal food. Bon Appetit named him a 2012 tastemaker. The same year, his work at Isa in Williamsburg yielded a James Beard Award nomination for Best New Restaurant of the Year. He was also the chef at New York’s beloved Il Buco.

Estela is a Mediterranean hotspot where they serve a variety of small dishes. Beautifully served and unbelievably tasty!

On the menu meals are burrata, french toast, lamb ribs, ricotta dumplings, sardines and oysters.Recommended Dishes are Mussels escabèche and/or scallops, steak tartare, ricotta dumplings, grapefruit sorbet with Campari. The beef carpaccio is probably the best, every bite is such a perfect mix of raw steak and crispy bits. Sounds good, right?

Mattos is one of the cleverest chefs in the City, and while his combinations sometimes sound strange (steak with anchovies and cauliflower gratin), they work.

The focus of the kitchen is small plates with just a few, entree-sized plates to choose from (four to be exact), and most dishes seem to come out at random, which is fine as long as they keep coming.  Be sure to order a bunch because they’re exactly that, small plates, all the better to sample the chef’s new repertoire.

Over the last year, the restaurant has become a popular oenophile hangout, thanks to the thoughtful wine list from Blue Hill veteran Thomas Carter.

Estela in New York is open from 11.30 till 15.00 and from 17.30 till 22.00. So if you feel like an extended brunch or dinner… here you have to go! Make a reservation because especially the spots at the bar are very popular!

If you want to sample Estela without spending too much money or battling the crowds, go during weekend brunch. 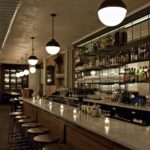 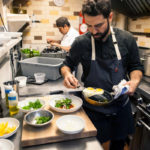 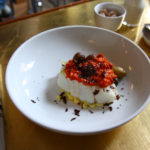 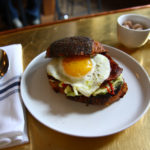 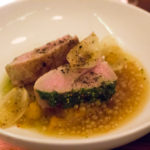 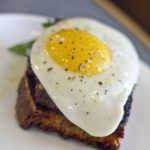