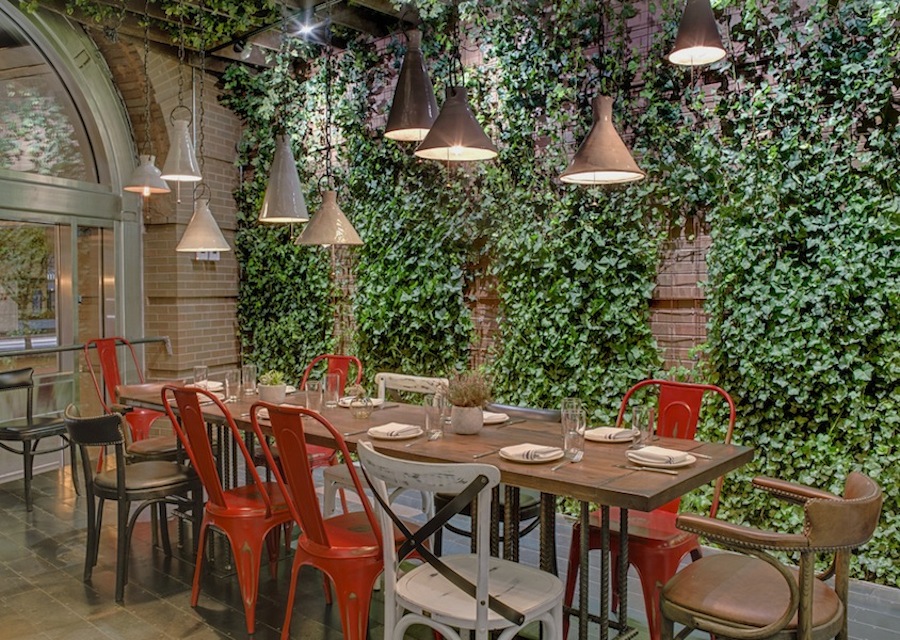 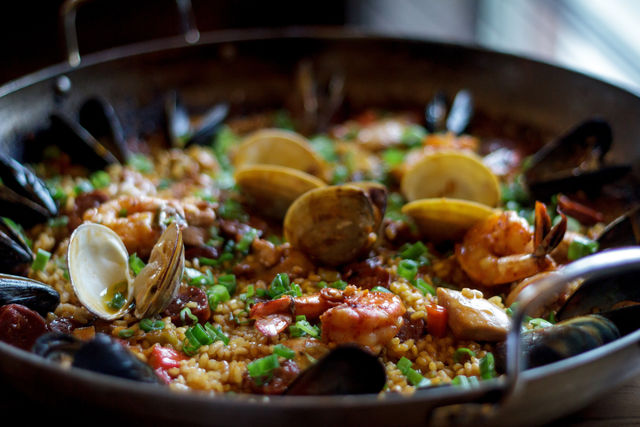 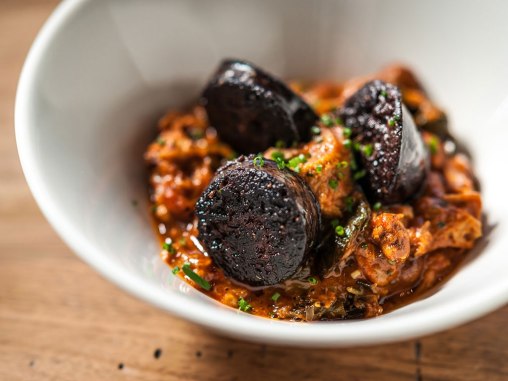 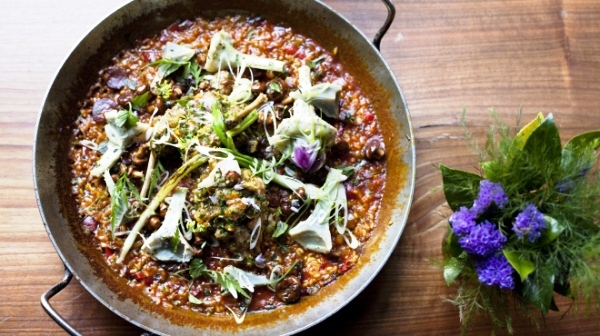 The New York outpost of Ken Oringer and Jamie Bisonnette’s tapas-style restaurant Toro, launched in 2013 after eight successful years in Boston, clings slightly – fondly, one feels – to the locale’s former industrial blankness; access is via a short exterior staircase like a truncated fire escape, on whose side the restaurant’s name is spelled out in lengths of gaffer tape.

Five-thirty may be an unfashionable hour for dinner, but it’s perhaps the best time to eat at Toro, before the crowds swarm into the hangar-like industrial space, outfitted in heavy wood, exposed steel beams, and neat rows of hanging hams.

There are no shortcuts to finding something good among the menu’s overwhelming selection of hot, cold, and grilled tapas, plus pinchos (smaller tapas) and paellas. Devilled eggs topped with salty slivers of conserved tuna belly are hard to argue with, and it’s easy to imagine eating ten of the warm Medjool dates, wrapped in jamón serrano and stuffed with Marcona almonds and Cabrales blue cheese, though they come only four to an order. Play-it-safe classics—tortilla española, patatas bravas—are lacklustre.

Hard-to-find Spanish gooseneck barnacles, which taste like littleneck clams but resemble tiny dinosaur claws, are as fun to look at as they are delicious, and the rooster’s comb in a rustic dish of sautéed mushrooms has a pleasingly fungal texture and delicate poultry flavor.

It seems like dessert would be an afterthought at this buzzing, new eatery, and you would just wander into another cocktail, but it’s just the opposite.  There’s a killer Goat’s Milk Yogurt Mousse, lavished with an unusual and oddly dreamy tasting licorice caramel and julienned heirloom apples.  There’s also proper rendition of Churros with Chocolate Dipping Sauce, and a tasty Chocolate Cremeux, which is a fancy, French way of saying dense chocolate pudding with a scoop of olive oil ice cream.

Designed by New World Design Builders, the team behind ABC Kitchen and Willow Road (Malnati’s and Jacob’s first restaurant together), the 120-seat dining room channels the spirit of Barcelona’s lively tapas bars and features a mix of both industrial and refined elements. With nods to the building’s history as a factory as well as capturing the surrounding cityscape through expansive 18-foot windows, the space invites you to either dine with friends or enjoy a cocktail and quick bite at the sleek bar or busy plancha. And if you’re really curious, order a porrón off the wall guarded by the head of our well-fought Spanish bull.

Toro is a head-turner graced with intent service and extraordinary food. Begin with inventive (and strong) crowd-pleasing sips at the impressive bar before settling in to a comfy communal table.The music gets louder at sundown, but find yourself fixated on such deeply flavorful pinchos. 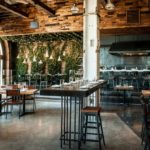 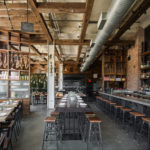 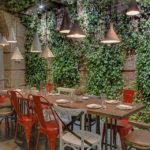 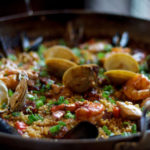