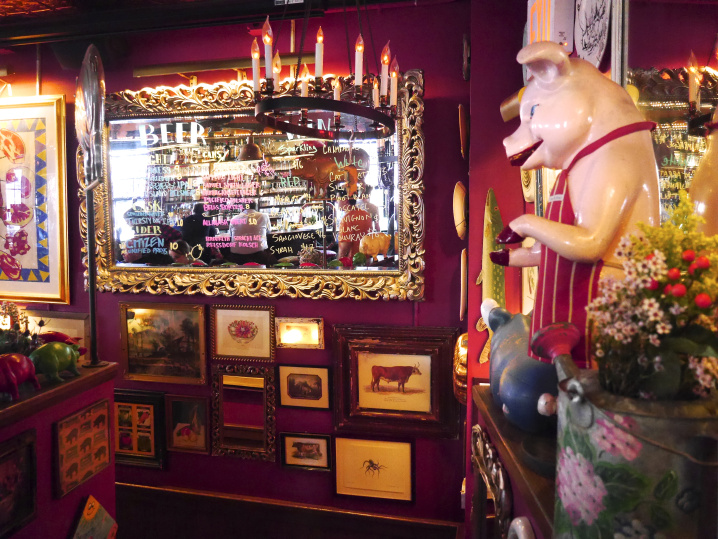 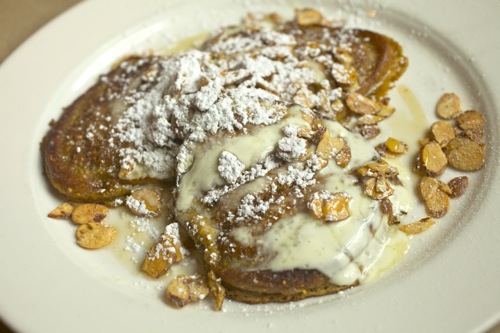 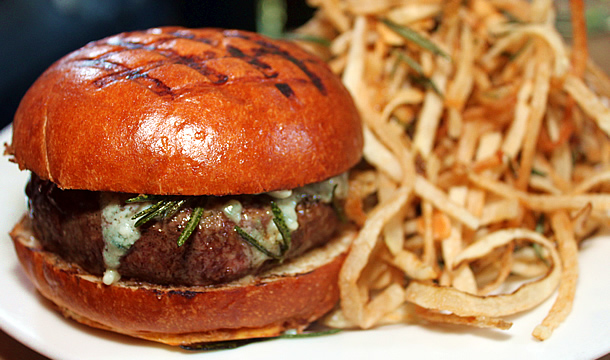 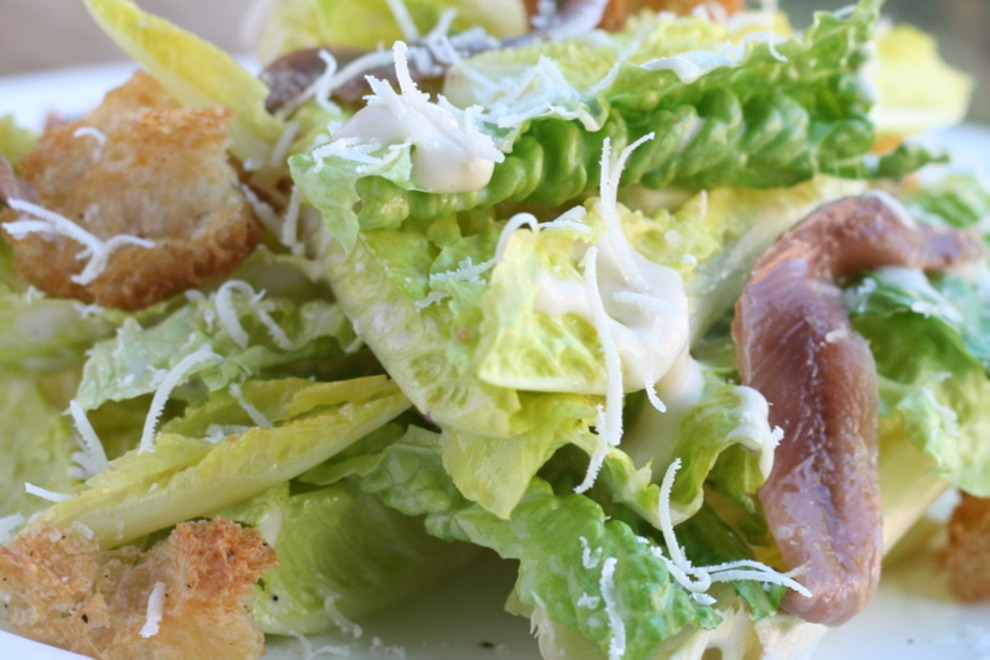 Over the course of the last decade, The Spotted Pig has been one of the most important and influential restaurants in the world. The whole gastropub as a legitimate restaurant thing? Yup, they started it. The whole hot spot restaurant not taking reservations thing? Yup, they started that too. And of course, the whole female chef as total badass thing? The Spotted Pig’s April Bloomfield certainly helped pave the way for others in that department.

The Spotted Pig opened in February of 2004—New York’s first gastropub. It is a nookish place, crammed with all manner of porcine paraphernalia and presided over by offbeat waiters and bartenders. The 100-seat gastropub is owned by Ken Friedman. The chef is April Bloomfield, the British expatriate celebrity chef.

The Spotted Pig still serves one of New York City’s best burgers, a rare patty heaped with intense Roquefort cheese and served with a tower of rosemary- and garlic-kissed shoestring fries. Equally legendary is the crispy pig ear salad—among the city’s first cultish offal dishes—napped in a lemony caper dressing. Bookend this prodigal feast with pints of proprietary cask-drawn bitter ale and a spiced ginger cake with a dollop of whipped cream for dessert.

Despite opening way back at the beginning of 2004, dinner at the Spotted Pig can still command waits of over 2 hours and its burger is often touted as one of the must try burgers in New York City.

He has been cooking, tasting, and tweaking burgers as the culinary director for Shake Shack for the past decade.

“My favorite burgers are the ones where I don’t have to think too much. It’s just so good and delicious that I shut off my critical mind and just start to think ‘pleasure,'” Rosati said, adding that The Spotted Pig’s burger had “always done that to me.”

Along with the food and the atmosphere, the restaurant’s clientele has helped to make it a success.

Kanye West loves the Spotted Pig. He loves it so much that on Friday he invited 11.3 million people to join him there for a drink. One night in March of last year, Jay-Z showed up at the Spotted Pig with his wife, Beyoncé, and another couple.

Seating at The Spotted Pig is available on a walk-in basis only. The staff will seat you as soon as they have a table, but while you are waiting, The Spotted Pig have two bars and are in a lovely neighborhood that is great to walk around in. 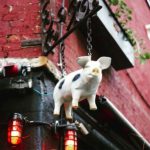 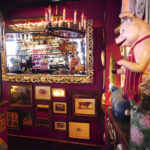 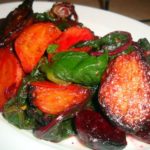 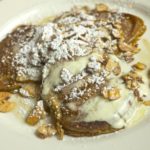 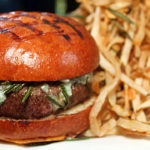