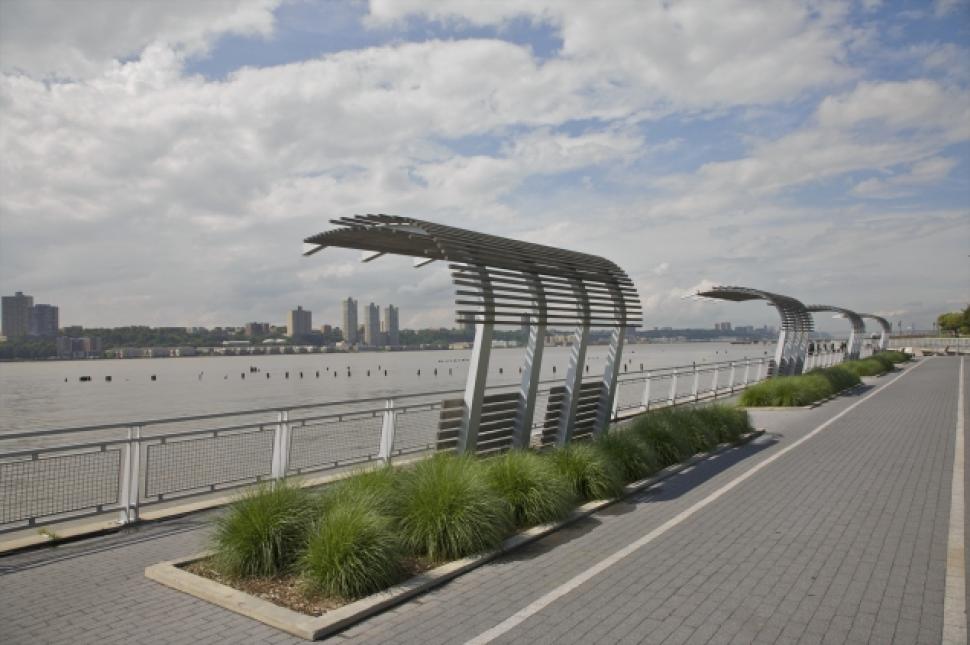 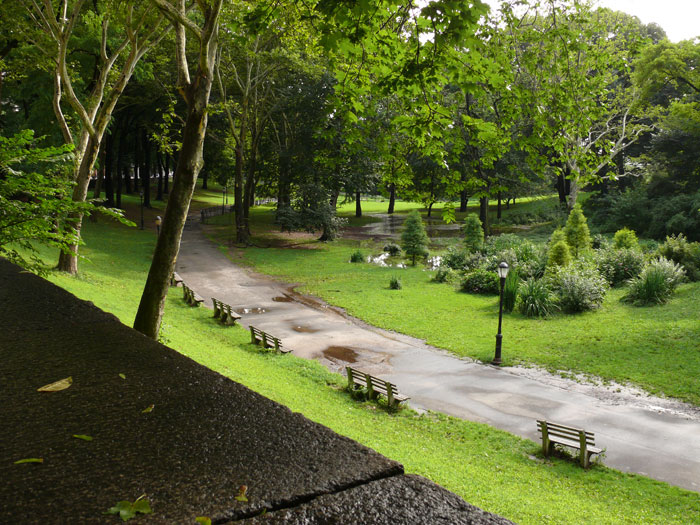 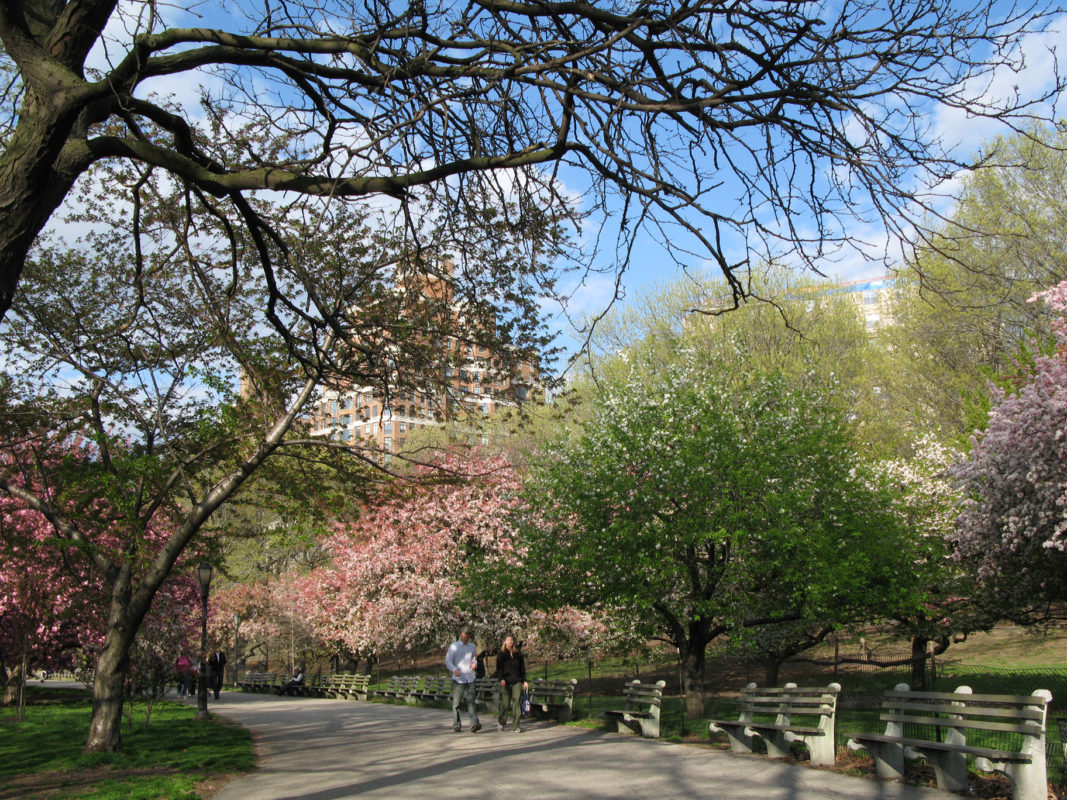 Stretching four miles from 72nd to 158th streets along the Hudson River, Riverside Park is widely regarded as Manhattan’s most spectacular waterfront park. As one of only eight officially designated scenic landmarks in the City of New York, it has a long and storied history.

Since 1875, the landscapes of Frederick Law Olmsted have offered escape from the city and opportunities for people of all incomes to relax, play, and socialize in tranquil settings. These landscapes contain rocky precipices, sylvan lawns, and groves of mature elm trees. From Riverside Drive, the land terraces down steeply in three levels to a manmade shoreline and promenade, constructed between 1937 and 1941 under the administration of Robert Moses. The designers, Gilmore D. Clarke and Clinton Lloyd, added 134 acres to the park and twenty-two modern recreational facilities. They wove through this extraordinary collection of active recreation and scenic areas a vital north-south automobile artery and a railroad running in a tunnel under the entire park.

Inside the park are a handful of notable monuments, including the Soldiers and Sailors Monument at 89th Street. This white marble monument, designed by Charles and Arthur Stoughton, honors the Union soldiers and sailors that served in the U.S. Civil War. The memorial resembles a Corinthian temple and is ringed by a dozen Corinthian columns. Inscriptions on the building include the names of New York volunteer regiments and the battles in which they served, as well as Union generals.

Other memorials in the park include Grant’s Tomb, a statue of Joan of Arc at 93rd Street, and a memorial to Eleanor Roosevelt at 72nd Street.

Between 90th and 91st Street, inside the park, sits what has become known as the 91st Street Community Garden. Used as a backdrop in the movie “You’ve Got Mail”, the garden is staffed by volunteer members who are given individual plots to cultivate. Visitors will find a variety of annuals and perennials (depending on season) as well as herbs growing in this garden, which is open to the public from early spring until late autumn.

Riverside Park is a favored recreation area for New Yorkers who live or work in the Upper West Side area. A bicycle and skating path extends from 75th to 125th Street and there are plenty of places to stroll or jog. Abundant recreational areas are also available and free kayak rental is available at the lower tip of the park (hours are limited).

The forested and meadow areas between 116th and 124th Streets have been designated the Riverside Park Bird Sanctuary. This is the place to bird. (An annotated checklist of birds of the Sanctuary can be obtained, free of charge, from Riverside Park Fund.) Since 1997, the approximately 10 acres of the Sanctuary have been undergoing reforestation, which has included the removal of invasive species, such as Japanese knotweed, Norway maple, and ailanthus, and the addition of bird-friendly native plants, such as hackberry trees, elderberry, and several species of viburnum and sumac. Over 3,000 plants–trees, shrubs, groundcovers-have been added, but there is still much to be done. The forest is primarily a monoculture of black cherry, and a former wildflower meadow is now a field that tends to fluctuate between being a grass lawn and a weed jungle, depending on an erratic mowing schedule.

If you are looking for quantity, mid-April through mid-May is the best time for birding in Riverside Park. If you are looking for rarities, visit the park early September through mid-November. In the fall, red-headed woodpecker, eastern bluebird, rusty blackbird, Connecticut warbler and orange-crowned warbler have been sighted.
There is no need to arrive early. Between 8:00 and 10:30am or 3:00-5:00pm are perfect times.

Recreational facilities include a range of sports courts and fields, a skate park, a large portion of the Manhattan Waterfront Greenway (for bicycles), and the 110-slip public marina at 79th street, an important part of New York State’s Water Trail.