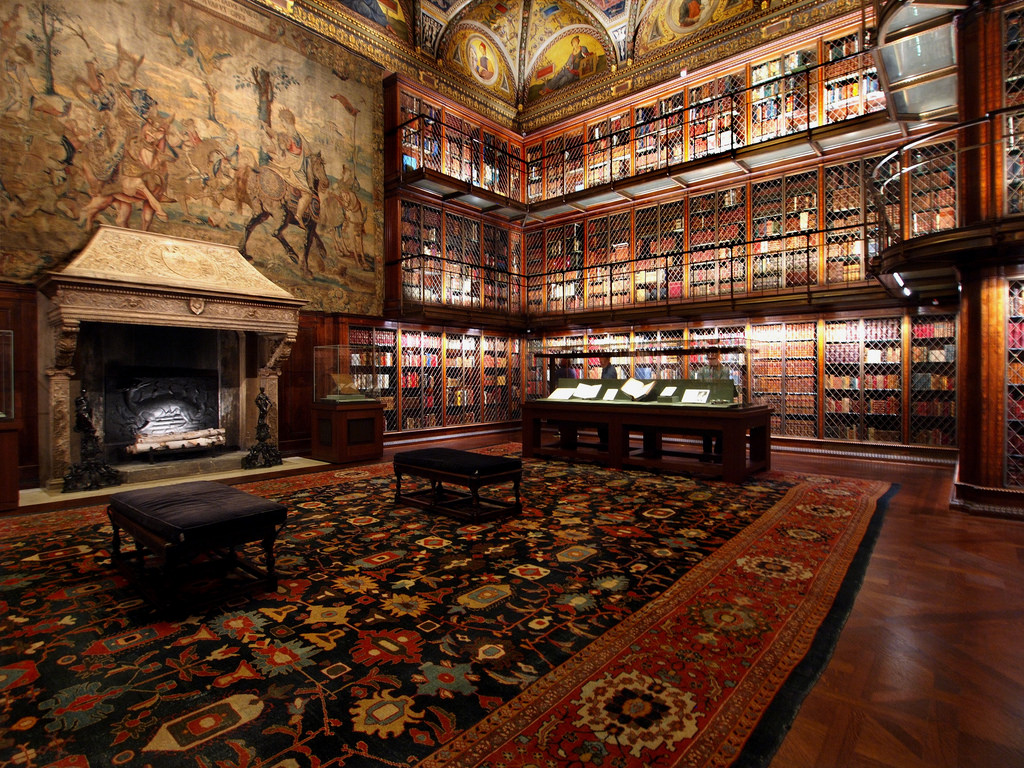 The Morgan Library & Museum, formerly the Pierpont Morgan Library – houses an enormous collection of rare books and manuscripts, plus drawings and other uncommon pieces.  These holdings, which represent the legacy of Pierpont Morgan and numerous later benefactors, comprise a unique and dynamic record of civilization, as well as an incomparable repository of ideas and of the creative process. It is also a global institution focused on the European and American traditions.

It began as the private library of financier Pierpont Morgan (1837–1913), one of the preeminent collectors and cultural benefactors in the United States. As early as 1890 Morgan had begun to assemble a collection of illuminated, literary, and historical manuscripts, early printed books, and old master drawings and prints. The library was designed by Charles McKim of the firm of McKim, Mead and White and cost $1.2 million. It was made a public institution in 1924 by J. P. Morgan’s son John Pierpont Morgan, Jr., fulfilling his father’s dream of making the library and its treasures available to scholars and the public alike by transforming it into a public institution.

Over the years—through purchases and generous gifts—The Morgan Library & Museum has continued to acquire rare materials as well as important music manuscripts, early children’s books, Americana, and materials from the twentieth century. Without losing its decidedly domestic feeling, the museum also has expanded its physical space considerably.

The Morgan Library & Museum also contains a large collection if incunabula, prints and drawings of European artist – Leonardo, Michelangelo, Raphael, Rembrandt, Rubens, Gainsborough, Dürer, and Picasso; early printed Bibles, among them three Gutenberg Bibles; and many examples of fine bookbinding.  Among the most important manuscripts are the Morgan Bible, Morgan Beatus, Hours of Catherine of Cleves, Farnese Hours,Morgan Black Hours, and Codex Glazier.

The building was designated a New York City landmark in 1966 and was declared a National Historic Landmark later that same year. In October 2010, the Morgan completed the first-ever restoration of its original McKim building, Pierpont Morgan’s private library, and the core of the institution. In tandem with the 2006 expansion project by architect Renzo Piano, the Morgan now provides visitors unprecedented access to its world-renowned collections of drawings, literary and historical manuscripts, musical scores, medieval and Renaissance manuscripts, printed books, photography, and ancient Near Eastern seals and tablets.

Now newly renovated, the museum features special additions, like a large performance hall where concerts are held. The Morgan Library & Museum is located at 225 Madison Avenue at East 36th Street in the Murray Hill neighborhood of Manhattan, New York City. 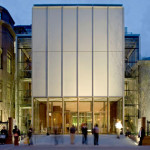